This year's 9-day festival happening will include over 30 events at various venues in Ptuj and its surroundings. The festival will host over 100 artists from more than 20 countries. 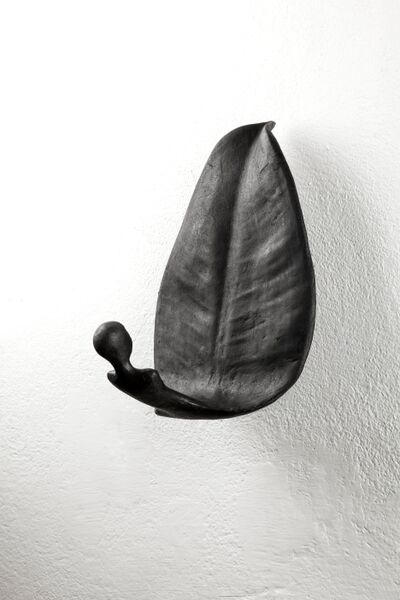 Between 10 and 18 July 2015 Ptuj will be hosting the 13th festival of contemporary art ART STAYS. The rich programme and the selection of artists result from the collaboration with several international galleries, museums and curators. This year’s 9-day festival happening will include over 30 events at various venues in Ptuj and its surroundings. The festival will host over 100 artists from more than 20 countries.

The programme includes exhibitions that will occur in virtually all galleries and exhibition places in and around Ptuj. An international group of artists will be creating also in Ptuj’s ateliers. Every day, the main stage at Slovenski trg square will be the place for talks with artists and curators in residence, and the venue for several performances and concerts. At the Mestni trg square, the “exhibition of the world’s smallest photographs”, entitled BLINK CIRCUS, will take place, in the evenings, streets will become lively due to musicians performing on mobile stages, and the entire happening will be accompanied by small culinary and oenological wonders. Even in the mornings, there will be a lot going on, for example at workshops for children and teenagers. Accompanying programme will include video screenings at the City Cinema. This year’s ART STAYS CINEMA focuses mainly on the artistic duo Fischli & Weiss, who won the Golden Lion prize at the 2003 Venice Biennale. Furthermore, there will be a premiere screening of the documentary about the recently deceased artist and Oscar Prize winner H. R. Giger, which was produced by the Swiss production house TC Films.

This year’s main exhibition, which will be placed in the Mihelič Gallery, will display an international collection of unusual and exotic artworks, and could best be described as a contemporary cabinet of wonders. Among the exhibited pieces are works by: Fernando Prats, one of the participants of the 2011 Venice Biennale; Hannah Collins, finalist for the Turner Prize, who has had exhibitions at Centre Pompidou and Tate modern; Ann & Patrick Poirier, an artist couple who has participated at the Venice Biennale in the years 1976, 1980 and 1984, the dOCUMENTA in Kassel in 1977 and the Havana Biennale in 2006; Perino & Vele, who were presented in 1999 at the 48th Venice Biennale; Dragoljub Raša Todosijević, one of the participants of the 54th Venice Biennale; Zoran Todorović, who represented the Republic of Serbia at the Venice Biennale in 2009. The exhibited collection will also display works by the established Chinese artists Hongbo Li, Zhang Qiushi and Lei Wang, and last but not least, visitors will have the opportunity to see some of Slovenian art as well, among others by Tina Dobrajc, Goran Bertok, Irwin, Boštjan Novak, Tomaž Plavec …

The exhibition of contemporary wonders, hosted by the Italian curator Claudio Composti, is entitled Reliquiae and will be placed in the FO.VI Gallery in Strnišče. It will show artworks by some of the established Italian and international artists such as: Eva Gerd, Karin Andersen, Roberto Kusterle, Michelangelo Galliani, Beatrice Pasquali, Alessandro Brighetti and Isoya Hirofumi.

The cloister of the Dominican monastery and the courtyard of the Ptuj Castle will house the great exhibition of sculptures entitled WUNDERSCULPTOR, and will include larger artworks by various artists. Among them are Tobia Ravà, Alice Zanin, Monika Grycko, Leo Ferdinando Demetz, Džeko Hodžić, Mario Ciaramella, Tanja Špenko and others.

In the Magistrat Gallery at the Ptuj City Hall, visitors will have the opportunity to see the exhibition entitled Wunderherbarium, which will show photographs and pictures of natural wonders, taken by the photographers Isabelle Menin, Alessandre Guolla, Aqua Aura, and others.

One of this year’s artists in residence is the Belgian Hans Beckers, winner of the Art Stays award at the Venice Arte Laguna Prize, who will arrive to Ptuj already on 4 July and will be preparing his performance for the festival’s opening event. Another artist in residence will be the German photographer Matthias Langer, who will be documenting some of the artistic performances during the festival – foremost dinners at wondrous locations in the old town centre. Yet another residential artist is going to be Walter Trecchi, who will be preparing artworks for his grand exhibition that will occur in Ptuj in autumn.

Besides the opening performance by Hans Beckers, the musical part of the festival will include a performance entitled Transversal project – a musical journey around the world performed by the established opera singer Paola Rossi from La Fenice theatre and the musician Erika Vicari. The American singer and artist Nadia Buyse will perform her spectacular pop-opera Die Unterwelt, whereas at the musical event Wunderkammerclassics, we will have the opportunity to indulge ourselves with the renaissance sounds of the composer Iacobus Gallus Carniolus. Video screenings will be accomplished by the international video projectTranslations(s) II, curated under the baton of Zoran Poposki.

A catalogue / diary with text by the award winning Slovenian author Nataša Kramberger will be presented.

The opening event of the festival will happen on Friday 10 July 2015 and will include the opening of the main exhibition entitled WUNDERKAMMER and the musical performance by the Belgian artist Hans Beckers. Festival events and activities at various venues in Ptuj will continue until Saturday 18 July, while the exhibitions on more than 10 locations will be open for the entire summer, until 1 September 2015.