Kogei Arts from Ibaraki. Offering a unique introduction to the rich artistic traditions of lesser-known Japanese prefectures, this series focuses on artists who interpret these traditions in exciting and innovative new ways. 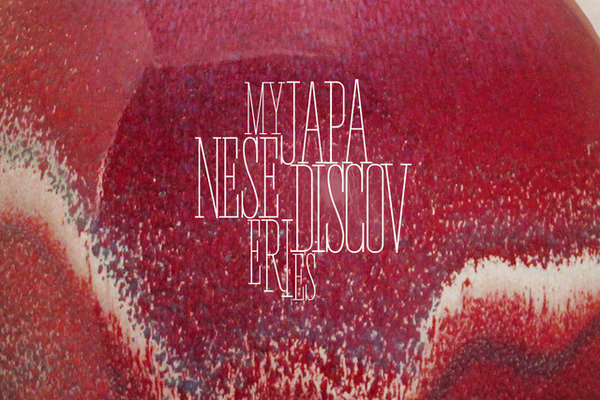 Onishi Gallery is pleased to present Kogei Arts from Ibaraki, the fourth exhibition in the gallery’s cross-cultural series, My Japanese Discoveries. Offering a unique introduction to the rich artistic traditions of lesser-known Japanese prefectures, this series focuses on artists who interpret these traditions in exciting and innovative new ways.

Located in the Kanto region and just north of Tokyo, Ibaraki prefecture has long been regarded as a place of abundance. In particular, the city of Kasama, which began as a castle town and rest area for travelers, has evolved into a modern city known for its thriving tourism industry, stone quarrying, rice production, and precious traditional ceramics. Prior to World War II, Kasama produced a wide range of general household ceramic goods, but the increased availability of plastic containers after the war made traditional Kasama ware containers obsolete. Today, local artists have revived the craft, and produce not only traditional pieces, but also new and more decorative works of art.

Designated a National Craft in 1992, Kasama ware has been produced since the An’ei era (1772 – 81) of the Edo period. Three of the artists featured in the exhibition work at kilns that have been in existence for over 140 years, driven by their families’ traditions.

Born in Kasama, Isobe Yukikatsu (b. 1946) only started to become interested in carrying on the family pottery business after he moved from his hometown to study ceramics in Kyoto. Inspired by the many ceramic artists and friends who he encountered in his new artistic community, Isobe sought to acquire various Kasama ware techniques. After graduating, he continued his ceramic studies for two more years, and continues to incorporate the techniques he learned in his work today. By employing traditional techniques, Isobe creates work that exemplifies the warmth for which Mingei (Japanese folk art) ceramics are known.

Ōtsu Hiroshi (b. 1947) was groomed to take over his family’s tradition of pottery making that was developed at their kiln site, Ōtsu Kouyou, over 150 years ago. In 1970, he became the fourth kiln master. Specializing in large-scale works and elaborate glazes, he has received recognition and awards since the mid 1970s. Continuously inventive, Ōtsu incorporates unusual glazes, such as shinsha (copper red) and tenmoku (surface that resembles oil spotting), which are rarely seen in Kasama ware.

The current owner of Hisatou Studio, one of the largest pottery studios in Kasama, Shiba Kōichi (b. 1964) fires his ceramics in a climbing kiln that has existed for around 140 years. With his profound knowledge of the characteristics of clay in Kasama, which is rich in plasticity, Shiba is able to create exceptionally strong tableware. Shiba also strives to enhance the quality of his clay by combining different types of clay from other regions. Because of this, his Kasama ware exhibits more vibrantly colored glaze on the surface of a lighter-colored clay body. Driven not only by his family’s traditions, but also by his own artistic sensibility, Shiba is free to experiment in Kasama, a town with a history of embracing new movements throughout centuries.

In addition to these three ceramicists, this exhibition also includes ukiyo-e woodcut prints by Watanabe Woodcut Print Shop and yūzen dyed-textile artworks by Ishiyama Osamu. Exhibited together, these five artists exemplify the refinement of the techniques and traditions that have shaped Kasama’s contemporary creative milieu. During the exhibition, we will also celebrate the culture of Ibaraki by presenting various special events within the gallery.