The staged films and cinematic installations of Pauline Boudry and Renate Lorenz often begin with a song, a performance, a movie or a script of the past. Loretta Fahrenholz presents a selection of films. 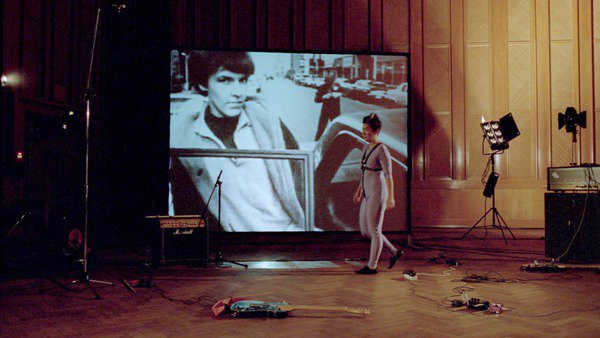 The staged films and cinematic installations of Swiss artist Pauline Boudry and German artist Renate Lorenz often begin with a song, a performance, a movie or a script of the past. Their works To Valerie Solanas and Marilyn Monroe in Recognition of their Desperation (2013) or Opaque (2014) present a partially fictional and time-encompassing collaboration, that sheds light on the close-knit web of references to experimental film, the history of photography or underground (drag) performance. They develop their own artistic aesthetic, which – through images, objects and relations – reaches a political dimension by challenging rehearsed norms and the relationship to the Other. Their performers are choreographers, artists and musicians that share their longstanding interest in questions of tangible utopia.

The exhibition shows a selection of films by the German moviemaker and artist Loretta Fahrenholz (*1981). What seems on first sight to be disparate, can be viewed as a series of unconventional portraits of small communities, as they are omnipresent today and ever-changing just like user groups: Shared apartment (Haust, 2010), artist group (Grand Openings Return of the Blogs, 2012 as well as Ditch Plains, 2013), theater ensemble (Implosion, 2011), patchwork family (My Throat, My Air, 2013). Each portrait is subjugated to a specific genre (dance film, feature film, documentary, play), through which the viewer is subtly alienated. In cooperation with the Fridericianum Kassel a new film is in development and will premiere in Kassel and Zurich in 2016.