Accepting anything among everything is centred upon the work Life / Living (1997-1998), a monumental installation of hundreds of framed works that form a systematic representation of the years 1900 - 1999. 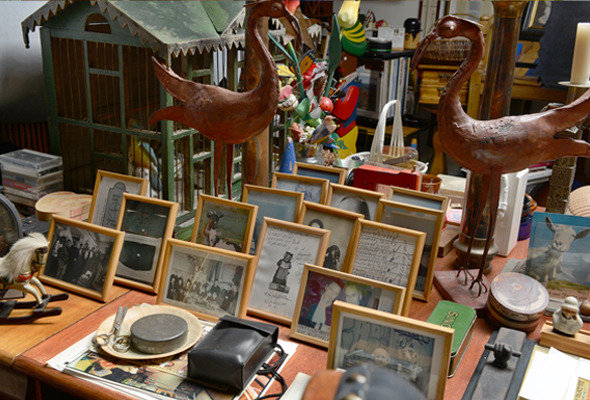 One of the most intriguing artists of the last century, Hanne Darboven (1941-2009) has rarely been exhibited in the UK, and this is the first exhibition of her work in Scotland. Part of a generation who challenged the way that art was made, Darboven created a vast body of idiosyncratic works, documenting her attempt to index life as it is lived; amongst the weight of world history and culture.

accepting anything among everything is centred upon the work Life / Living (1997-1998), a monumental installation of hundreds of framed works that form a systematic representation of the years 1900 - 1999. Utilising a form of mathematical prose developed throughout her career, Darboven sought to ‘reckon’ dates. Like the ‘writing’ she enacted in other works, in which her handmade wavy inscriptions describe nothing beyond the action of making a line, these ‘reckonings’ execute a clearly prescribed routine.

Life / Living is one of a number of installations that Darboven created using objects from her family home in Hamburg, in this case two dolls houses. Her home and studio was full of objects including maps, toys and tribal artifacts, which - like a cabinet of curiosities - attempted to bring together different cultures and forms of information. An island of these objects forms a part of the exhibition and reflects another side of Darboven, distinct from the clinical, geometric grid-works.

That Darboven’s work was generated systematically, rather than as a product of an expressive act, adds to its power to reflect the limitations and scale of human action. Darboven’s work does not imply selection, it creates patterns that run across time, enacting the impossible complexity of accepting anything among everything.