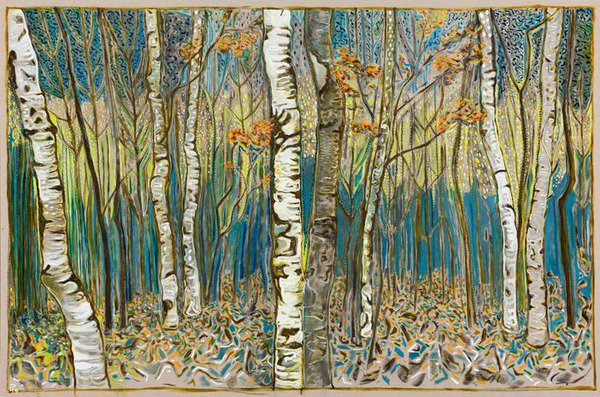 Working in traditional genres such as portraiture, still life, and landscape, Childish’s paintings are spiritually charged expressions that come from a place of deep personal meaning. These powerful works, including unabashed nudes, self-portraits, and dense woodland scenes, honor the simple nature of being and in the process transcend the ordinary.

Eschewing any hint of post-modernist irony in his work, he allows the basics of personal expression to come forth through the fundamentals of painting. A self-proclaimed “Radical Traditionalist,” Childish has said, “The reason I honor tradition is that it provides a form and structure that allows freedom—the ego is subjugated and the requirements of the painting are met. Tradition is not to be worshipped or adored; it is a vehicle to take you to new places, or we could say to arrive at the perennial.”

While he is occasionally associated with British groups like the Stuckists and YBAs, Childish does not see himself as connected to a particular contemporary movement; however, he is highly regarded and well known by his peers, including renowned artists Peter Doig and Tracey Emin. Childish’s influences range from artists whose work he admires, including Vincent van Gogh, Kurt Schwitters, Edvard Munch, Mikhail Larionov, and Karl Schmidt-Rottluff. Many of these artists worked outside of specific movements or groups, or were held in high regard during their own lifetimes, but later came to be cited as influences to subsequent generations.

At White Columns on Saturday, September 12th at 7PM Childish will discuss his recent work with Director Matthew Higgs. In addition to the conversation, there will be a slide show and a pop-up shop including books, records, prints, and other recent editions.