A selection of recent painting and work on paper displays the abiding capacity of the artist's work to strike a subtle balance between the materiality of paint and its emotional and figurative resonances. 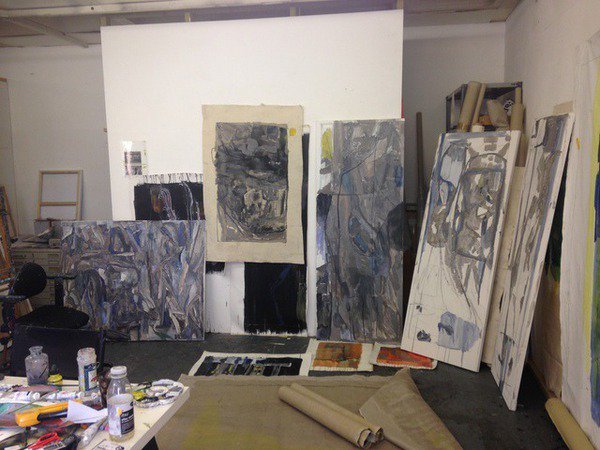 Victoria Miro is delighted to announce its third solo exhibition with Varda Caivano, which comprises works that suggest lines of evolution, of continuity and departure, in her practice.

A selection of recent painting and work on paper displays the abiding capacity of the artist’s work to strike a subtle balance between the materiality of paint and its emotional and figurative resonances, her deftly composed, gestural forms at once irreducible and infinitely evocative. There is the lively feeling that these surfaces are the composite expression of actions rooted in the bodily logic of inhabiting space. In her handling of paint, Caivano is drawn by the writer Georges Perec’s poetic litanies of the everyday tasks of dwelling, their layers evoking the textures of experience: “cleaning checking trying out changing fitting signing waiting imagining inventing investing deciding bending folding stooping sheathing fitting out stripping bare splitting turning returning […]”.

Yet, paint moves across her canvases in a formal syntax of shapes and lines that is not simply readable as a product of the artist’s decision-making process. Something escapes in the fluctuation between the concrete and the representational, between mark and image, in her undetermined works, which invite associativity in thinking as much as intensity in looking.

The never-finished fluidity of Caivano’s practice is heightened in the graphic qualities that emerge in recent works possessing the exploratory character of drawing, the vibrating colours distinguishing many of her previous canvases newly pared back in favour of cool greys, blues and browns. Executed in sparse, looping passages of paint, these delicate tones share a lucidity with art historical monochromatic work that has similarly compressed the colour spectrum. Restless shifts in tempo, which leave plenty of room for pale washes of colour and unpainted canvas, echo too the pentimento erasures and re-workings common throughout Medieval and Renaissance oil painting. Caivano’s inquisitive contours seem to measure out territory both subjective and painterly, their rehearsal of looser structures suggesting a complexity based on reduction and openness of lineation. This sense of increasing exposure is at once both contemplative and interactive, as Caivano instigates fresh conversations between artist and viewer, world and image, object and impression.