God is a Stranger. A joyful orchestration of historical references and yet a strong statement against nostalgia, Creten's sculptures are capable of triggering memories from different eras. 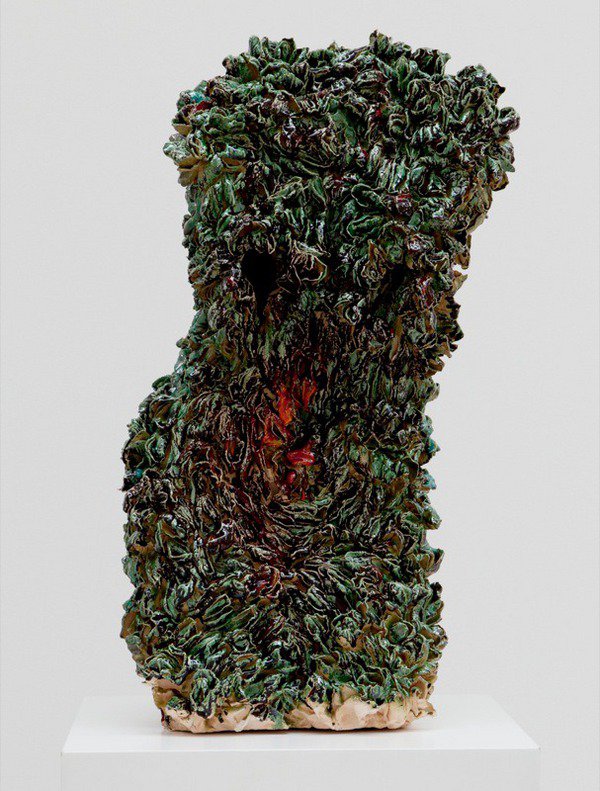 A creative dreamer, an undeniable seducer, and the ultimate outcast, through his practice Johan Creten essentially strives against progressivity in favor of a position that suggests dancing rather than marching, a position that embraces curves rather than straight lines. Challenging the pace of the reality in which we live, his artworks—whether monumental or minute, fragile or rough, straightforward or impenetrable—constitute a firm declaration against the traditional idea of dynamism, against the avant-garde, against the “new” for its own sake. Creten’s response, which is dynamic but unconventionally so, consists of objects that are controversial in the etymological sense of the word—from the Latin controversus, meaning “turned in an opposite direction, disputed, and turned against.” With this attitude Johan Creten has realized his unique desire to question modernism through various tools, weapons, incantations and incarnations. Trying to categorize his many tentacles, trying to count his (sculpted, casted, fired) armies of figures and forms against progress, five ideas might come to mind: “tactile experiences,” “unconventional displays,” “identity issues,” “triggering memories” and “fearless virtuosity.”

With a very strong sense of tactility, the art of Johan Creten seems to be made in order to be touched as much as to be seen. The skins of his works, their colors and even their tones are very important aspects of this quality. Pivotal to this achievement is the use of ceramic, a medium that was, until very recently, relegated mostly to outsiders—“too dirty, too proletarian, too popular, too feminine” writes the artist—and considered by the contemporary art language, the aforementioned “new,” as obsolete. It is thanks to this language that Creten was able to develop his seminal body of work “Odore di Femmina,” a series of torsos—some of which are featured in the New York show as well as flowery wall pieces of the “Fireworks” series—that are reminiscent of fragmented ancient Greek sculptures of Aphrodite. These fragile monoliths are covered by a myriad of handmade ceramic flowers, glazed and fired—linking beauty, sexuality and décor. Furthermore the possible danger of these sculptures, their details so sharp as to cut whoever touches them, brings another layer of meaning—a palpable marriage of beauty and violence. This tactile coefficient is also absolutely present in his bronze patinated sculptures—created using lost-wax casting, one of Creten’s signature techniques alongside ceramic—such as the figures God is a Stranger, Sad Woman and Bi-Boy, all exhibited in the show. Bringing another dimension to this physical tension, Johan Creten plays with different skins and scales, conflating the human and the monumental, the delicate and the strong, the refined and the crude in the same space. These creatures are surrounded by sculptures from the “Glory” series shimmering on the wall.

Through the aforementioned positions, the notion of virtuosity—described by the artist as a “dirty word”—comes as a natural factor within Creten’s phantasmagoric (garden of) Eden. His impetuous creative force can only exist when it is balanced with an acrobatic use of techniques, materials and textures. In Creten’s world the power of creativity is mastered via pure control and chaos becomes hyper-ordered. Things need to be reconsidered and recalibrated, avoiding all previous assumptions. Is God a stranger? Definitely not to Johan Creten.