Fountains. Constantly searching for new sculptural solutions, Fischer has an uncanny ability to envisage and produce objects undergoing psychic transformation in a bewildering range of materials. this exhibition is conceived around fully functional fountains, that transform the galleries into humid and energized places. 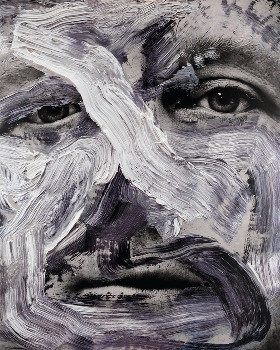 Gagosian Beverly Hills is pleased to announce an exhibition of sculptures and paintings by Urs Fischer.

Constantly searching for new sculptural solutions, Fischer has an uncanny ability to envisage and produce objects undergoing psychic transformation in a bewildering range of materials. Compacting the real with the mimetic, order with disorder, he combines daring formal adventures in space, scale, and material with a mordant sense of humor. In recent years, Fischer has been exploring the genres of classical art history (still lifes, portraits, nudes, landscapes, and interiors) at the intersection with everyday life in cast sculptures and assemblages, paintings, digital montages, spatial installations, mutating or kinetic objects, and texts.

As its title suggests, this exhibition is conceived around fully functional fountains, “active sculptures” that transform the galleries into humid and energized places through which viewers wander, as if in a town square. The fountains are cast in bronze from clay models, then whitened to minimal and ghostly effect. Two are classical low basins: in one, water shoots up in a column, making a thunderous din; in the other, it hisses from a misting ball, as well as spilling down over two tiers. The third, also in painted cast bronze, is a human skeleton—the latest in Fischer's lexicon of darkly humorous vanitas—with a garden hose draped over it, gently flowing.

Around the walls are huge paintings in both portrait and landscape formats. The background of each painting is actually a photographic image of Fischer's own face or elements thereof, used arbitrarily rather than in an impulse towards self-portraiture. These motifs are blown up and overlaid with silkscreened painted or drawn abstract gestures. Like the Problem Paintings before them, these layered paintings, with their clash of representational systems and different cosmic orders, undermine and revise our relationship to space.

In the midst of California's severe drought, Gagosian Gallery joins Governor Jerry Brown and the City of Beverly Hills in the commitment to responsible and efficient water use. The three artworks with water features included in Urs Fischer's “Fountains” exhibition have been engineered to maximize water conservation. Installed indoors, with minimal loss from evaporation, they utilize self-contained recycling systems. The water will be purchased from an external source and it will be re-used at the conclusion of the exhibition. In total, the projected water usage for the four-week exhibition is about 300 gallons of water, which is less than the average daily use of a single household (as estimated by the EPA).