A Brief History of the Future

This exhibition combines moderns and ancients, artists, science, architecture, and film, to discern what the history of bygone societies can tell us about the perils and opportunities of the future. 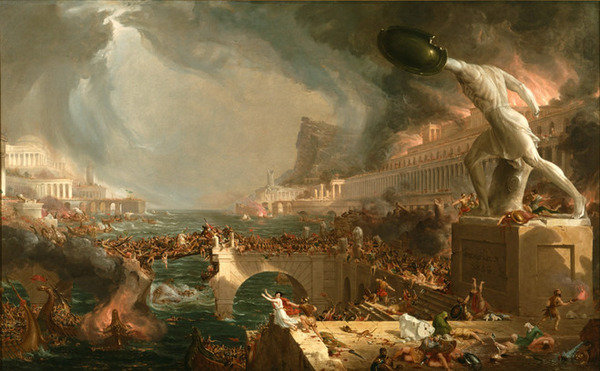 This exhibition—one of the most anticipated at the Louvre in 2015—is based on the book by Jacques Attali of the same name Une brève histoire de l’avenir (Fayard, 2006). Pluridisciplinary, it brings a number of contemporary artists into a dialogue with noteworthy works from different eras, retracing in the present an account of the past conducive to a clearer view of the future.

The viewing itinerary is organized around four themes, each featuring works commissioned from contemporary artists: the ordering of the world, the great empires, the expansion of the world, and the polycentric world we live in today.

Two hundred artworks are thus reunited in a subjective and poetic reading of the past, translated by artistic creations from the previous millennia, as well as fifteen works by contemporary artists, some of which have been specially commissioned. Mark Manders, Tomás Saraceno, Wael Shawky, Camille Henrot, Isabelle Cornaro, Chéri Samba, and Ai Weiwei have thus accepted the Louvre’s invitation.

A Brief History of the Future combines moderns and ancients, artists, science, architecture, and film, to discern what the history of bygone societies can tell us about the perils and opportunities of the future. The main concept of the exhibition is the dialogue, continuous or intermittent, that contemporary thought engages with the future, as well as with the arts of different eras and civilizations.

These artworks highlight the succession of historical moments of expansion and withdrawal, the building of exchanges between individuals or communities, and the creation of various means of communication to make them possible.

Designed by Juan-Felipe Alarçon, architect-scenographer at the Louvre, the exhibition highlights a themed narrative marked by scansions. It also provides space for pauses, like byways running in poetic and thought-provoking counterpoint. The lighting and color scheme serve to enhance ancient artworks and contemporary creations alike.

Special focus is placed on interpreting the artworks and putting them into perspective, particularly through a discussion area created in the last room.

Musee du Louvre
Under the pyramide Quai du Louvre, Paris
Opening hours
Open every day (except Tuesday) from 9 a.m. to 6 p.m.
Night opening until 9:45 p.m. on Wednesdays and Fridays
Admission
Included in the museum ticket: €11