galesburg, illinois+. For the exhibition the artist present works and appropriated material such as collectible ceramics, souvenirs and art reproductions conglomerate into a kaleidoscopic view of place of birth Galesburg, a small, peripheral American town which can by all means be compared with St. Gallen. 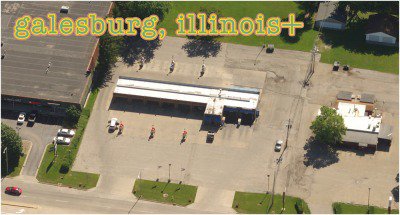 Stephen Prina (*1954 in Galesburg, Illinois, USA) integrates a wide spectrum of visual media in his art: from painting, installations and videos to performances. The focal point is the translation and recontextualisation of already existing cultural artefacts. In the process he does not distinguish between his own work and appropriated material and makes revival part of his productive artistic process.

Prina’s artistic practice can certainly be described as conceptual. However, in contrast to the language-orientated works of conceptual artists of the 1960s and 70s, Prina questions the exhibition and classification conventions of art by museums, the market and art history in installations such as Exquisite Corpse: The Complete Paintings of Manet (1988-present) and Monochrome Painting (1988–1989). The artist develops his works, which often have a site-specific reference, from project to project. An institution, the history of its collection or previously published catalogues can serve as his starting position. The exhibition venue thus becomes the starting point for his works which on the one hand examine the institutional, social and structural framework of art in the tradition of Institutional Critique, and on the other go through a multitude of new, expansive narrations.

Prina’s work offers a network of cultural references as well as being self-referential. This is extended by his interest in music, which ranges from Schönberg to Sonic Youth, John Cage, Joni Mitchell and Glenn Gould. His own music releases and his work in the musician and artist collective Red Krayola, among others with Albert Oehlen, Jim O’Rourke and David Grubbs, has made him known to an interested audience beyond his work as a visual artist.

At Kunst Halle Sankt Gallen newly created works and appropriated material such as collectible ceramics, souvenirs and art reproductions conglomerate into a kaleidoscopic view of Prina’s place of birth Galesburg, a small, peripheral American town which can by all means be compared with St. Gallen. The provincial town of Galesburg serves as a projection surface for personal memories and at the same time embeds Prina’s biography in a wider historical and cultural context. Memories which circulate in the world as objects come together and are newly configured in the exhibition space and beyond in the public space of St. Gallen. Galesburg’s past attains a spatial equivalent. There is a hint of sentimentality which simultaneously confronts the meticulous form of museum presentation as well as the humour that is innate in Prina’s work. Stephen Prina thus interweaves his own biography with the historicising methods of museum exhibition conventions and opens up a story between general and subjective narration.