The exhibition will include Bartenev's work of the last 25 years. The artist has been working on a large-scale sculpture Seaberry intended specially for the show. 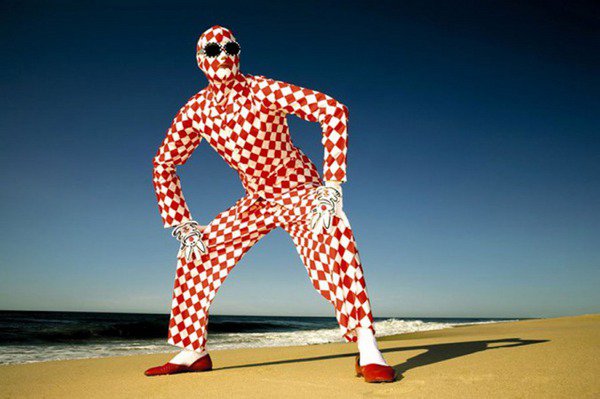 In September 2015 the Moscow Museum of Modern Art presents an extensive retrospective exhibition of Andrey Bartenev, an artist of synthesis bringing together fine arts, performance, theatre, dance and music. The exhibition will open in the two Museum buildings at Gogolevsky boulevard and will include Bartenev’s work of the last 25 years. The artist has been working on a large-scale sculpture Seaberry intended specially for the show. It’s more than a year now since the work on the project has been launched. A vast selection of Bartenev’s artworks from the 1990s has been starting a new life. For the first time ever they will be accessible to the wide public. For the period of July and August, one of the Museum buildings will be transfigured into the artist’s open studio, where the visitors will be able to see the preparation and restoration of artworks for the exhibition.

The oeuvre of Andrey Bartenev is multilayered. Performances, installations, sculptures, theatrical and video art fuse together to form a single whirlwind wandering in a never-ending quest for new artistic devices. Bartenev, who since the 1990s has been known as the ‘Performance Man’ and the ‘Master of Installations’, perceives the world through contrasts of colours and volumes, textures and surfaces, an active interplay of materials and shapes. In this exhibition the Museum endeavours to comprehend the complicated universe of the artist. The dialectic component of his art becomes the core of the future display.

The 19th-century neoclassical mansion at Gogolevsky boulevard is divided in white and emerald colours into two improvised guidelines, precisely North and South, forming the opposition of cold and warm elements. Another spatial division is a chronological one, suggesting two major time periods. The left wing of the museum will tell the story of the 1990s, the epoch when the making of Contemporary Art in new Russia was under way and of the zenith of the artist, a direct participant of the process. Among the objects this part of display revolves around one must point out the Snow Queen project (1993), an avant-garde take on an Andersen’s tale, which has already been displayed at the State Tretiakov Gallery, and then at the Royal Festival Hall and Victoria & Albert Museum in London. It was this very work and its author that were the focus of the first issue of the legendary Ptuch magazine in 1994. So contemporary art came to stay on the pages of glossy magazines. Another iconic work of the period was the Botanic Ballet (1992) portraying the metamorphoses of nature as inspired by the artist’s memories of his childhood in transpolar Norilsk with its contrast of black night and white snow. The exhibition section bearing upon the 1990s will also comprise an extensive video archive documenting over 50 performances by the artist.

The right wing of the building dwells on the 2000s, the period of large installations and kinetic sculptures. This section of the display is to present a single work in each gallery: a photodiode sculpture Electric Extraterrestrals (2004), an installation Cоnnection Lost. Field of Lonely Hearts (2007), the one exhibited at the Russian Pavilion of the Venice Biennale in 2007 and, naturally, a sound sculpture Say: ’I Love You’ (2005) from the Moscow Museum of Modern Art Collection. By the opening dates of the exhibition Andrey Bartenev will reproduce his work the SunPool (2009) created specially for Willem de Kooning Foundation and eventually becoming a part of the stage director Robert Wilson’s collection. Unfortunately, many of the artist’s works, despite their giant scale were created only for a brief period and then ceased to exist. The Museum will dwell on them in a separate section of the exhibition. Today during the day Andrey Bartenev will make of steel and hundreds of ceramic spheres a large-scale sculpture Seaberry. The project is intended specially for the exhibition and will be displayed in one gallery of the Museum.

Even in his very first works Andrey Bartenev continues the ideas of the Russian Futurism, making absurd, whimsical, challenging, carnivalesque phantasmagorias. Costume and stage designs Bartenev created for his performances are still often compared to the heritage of Sergei Diaghilev and Vsevolod Meyerhold. Another source of his oeuvre is kinetic art and sculpture in general: Bartenev’s interest to these art practices results from his attraction to form. In both cases the artist manages to combine a seeming spontaneity, randomness and colourfulness of his works with a firmly ordered internal dynamics — the chaotic masquerade always turns into an elaborated full-blooded theatre piece. The museum display will be set around motion as its operation philosophy: the exhibition will rotate, scintillate and sound, morphing into a single mechanism called ‘Andrey Bartenev’.

Andrey Bartenev’s influence on the generation of young artists and particularly on the culture of illustration in Russia has long been an established fact. In 2007-2009 Andrey, working as a guest curator in collaboration with the MMOMA, organised the annual festival of illustrators for three years in a row. For the last 8 years he has actively been lecturing in Europe and the USA, teaching his semestrial courses in different artistic institutions. His impact on the formation of young artists and curators has taken an international turn. The special project Factory of Andrey Bartenev, being the part of the exhibition, is curated by Sasha Frolova, herself one of his pupils. It is not a traditional homage to a teacher from his students but an effort to show the diversity of artistic vocabulary among his students, to reveal the energies the artist has directed to interact with them, without imposing himself but with an always-ready guidance and support. The fact is manifest even in a mere list of his disciples, independent artists with their own singular style. Among the exhibition participants are Xenia Peretrukhina, Yakov Kazhdan, Sasha Frolova, Gosha Rubchinsky, Daria Marchik, Jacob Oredsson (Sweden), Jon R. Skulberg (Norway) et al.

The catalogue publication which is the first to present a comprehensive panorama of Bartenev’s art is planned to coincide with the show. The book will feature an unprecedented range of archival materials, precisely parts of the artist’s personal photo archive never published before and a great range of publications on Andrey Bartenev from different newspapers and magazines, starting with the New York Times to the issues of the Ptuch and the Homme magazines. The catalogue will include the articles about the artist by the Russian authors, including an art critic Sergey Khachaturov and a cultural historian Alexey Maslyaev.

This exhibition celebrating the artist’s 50th anniversary, in its turn, makes part of the special projects’ series of the 15th anniversary year at the Moscow Museum of Modern Art.

RuArts foundation is the general partner of the exhibition. Andrey Bartenev anniversary celebration will go on with the project «Ringing of coloredmane swirl» (October 10th-31st 2015), which is to take place at RuArts gallery, First Zachatievsky lane. The exhibition will include pastel drawings, Andrey Bartenev worked on mostly in mid-1990s.