Known for her poignant works of art that are as poetic as they are political and biographical, Jacir explores histories of migration, resistance and exchange. This season of artists' film from around the world includes works by 5 artists. 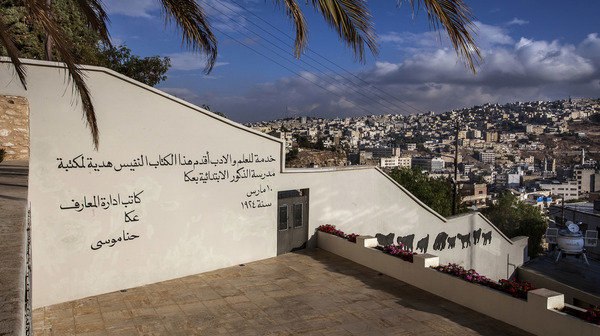 This first UK survey of artist Emily Jacir focuses on her dialogue with Europe, Italy and the Mediterranean in particular. Known for her poignant works of art that are as poetic as they are political and biographical, Jacir explores histories of migration, resistance and exchange.

Highlights include heratmospheric film Lydda Airport (2009), set in the 1930s and inspired by a story told to the artist by Salim Tamari whose father recounted waiting at the airport (now known as Ben Gurion) to greet and welcome aviator Amelia Earhart who never arrived.

Winner of a Golden Lion at the 2007 Venice Biennale, Material for a film (2004–ongoing) is a large-scale, immersive installation based on the life of Palestinian writer Wael Zuaiter who was assassinated near his home in Rome by Israeli Mossad agents in 1972. Jacir reimagines chapters of Zuaiter’s life through materials unearthed by the artist including family photographs, correspondence and documents relating to his death.

These works are presented alongside landmark pieces including ENTRY DENIED (a concert in Jerusalem) (2003), stazione (2008 – 09), andex libris (2012), which addresses the looting, destruction and restitution of books.

The exhibition travels to the Irish Museum of Modern Art (IMMA) in 2016.

This season of artists’ film from around the world includes Diego Tonus’ (Italy) Speculative Speeches (Workers of the World – Relax) (2012), based on conversations recorded by the artist exploring how the voice is used in teaching, business and politics to influence an audience.

While Lee Kai Chung’s (Hong Kong) The History of Riot (The DJ) (2013), refers to the 1967 riots in Hong Kong and the assassination of anticommunist radio commentator Lam Bun.

Srdjan Keca’s (Serbia) Museum of the Revolution (2014) records the derelict state of the Belgrade museum built as a symbol of socialist Yugoslavia and its abandoned underground spaces which are now home to an alternative community.

Piotr Wysocki & Dominik Jałowinski’s (Poland) Run Free (2011) documents a workshop that the artists organised with policemen and young men in Radom, Poland. By re-enacting a 1976 workers riot, the artists encouraged the warring groups to collaborate, inviting them to choreograph a routine based on police tactics and free running.