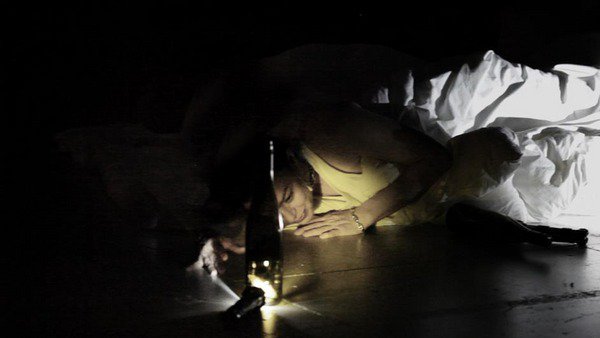 Turner Prize-winning artist Douglas Gordon stages a dark musical journey into a world of an emotional state of emergency. Using a compilation of popular cover songs as a basis, one of the world's most influential video and installation artists has developed a stage work about domestic violence in collaboration with British composer Philip Venables. In "Bound to Hurt" songs by artists as diverse as Donna Summer, Jacques Brel, Madonna, and Throbbing Gristle are re-imagined as surreal fantasies of violence. The performance is written for the extremely versatile singer and performer Ruth Rosenfeld, best known for her collaborations with theatre directors Frank Castorf and Herbert Fritsch. She is accompanied by members of the German-Icelandic Ensemble Adapter, one of the most experimental genre-crossers in New Music.