Pictures 2000-2015. A closer look at artist's broader understanding of the medium of painting that also embraces wall painting and furniture 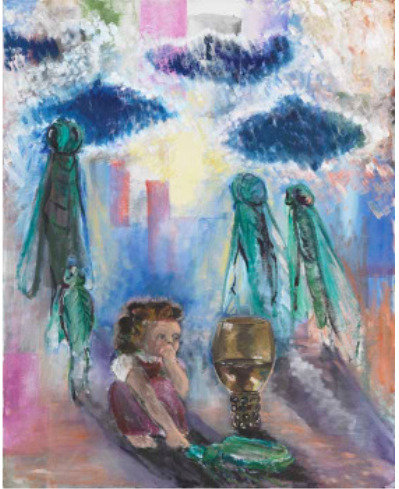 Amelie von Wulffen (b. 1966 in Breitenbrunn/ Oberpfalz, lives in Berlin) became known for her large-scale wall pieces in which she combines drawings with painting, photography and cuttings from newspapers and magazines. While architecture, daily politics and biographical details from her own family have long been the main subjects of her oeuvre, she has dedicated recent series to the genre of portrait, among other things. She has developed specific painting techniques and an unusual rhetoric for these new works. Following solo exhibitions at the Centre Pompidou, Paris (2005), the Kunstmuseum Basel and Kunstverein Dusseldorf (2006), Kunstraum Innsbruck (2009) and at the Portikus in Frankfurt (2013), the Munich exhibition will, for the first time, take a closer look at Wulffen's broader understanding of the medium of painting that also embraces wall painting and furniture.