Latin America and the Caribbean. Displaced Images / Images in Space. The aim is to present the 'poly'-faceted explosion in the graphic arts today, with examples of traditional printmaking articulated in an expanded field. It includes solo shows by Myrna Baez, Fernando Bryce, and Carlos Garaicoa and important interventions in the public space. 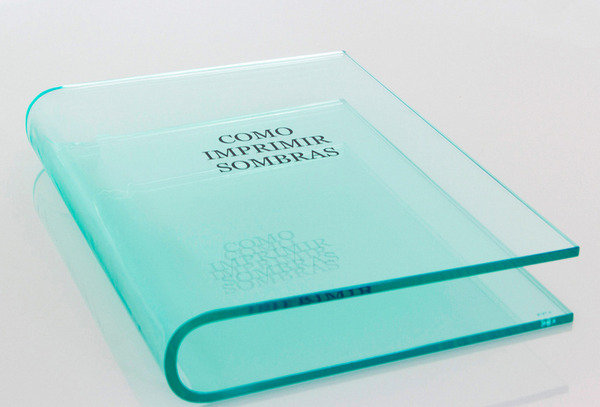 An international cultural event sponsored by the government
of Puerto Rico and organized by the Fine Arts Program
of the Institute of Puerto Rican Culture (ICP).

The 4th San Juan Poly/Graphic Triennial: Latin America and the Caribbean is an international cultural event sponsored by the government of Puerto Rico and organized by the Fine Arts Program of the Institute of Puerto Rican Culture (ICP). Created in 2004, the Triennial promotes experimentation in the graphic arts, stimulating the combination of traditional printmaking and contemporary practices within a different curatorial theme each year. This edition’s curatorial team is comprised of chief curator Gerardo Mosquera (Cuba) and co-curators Vanessa Hernández Gracia (Puerto Rico) and Alexia Tala (Chile).

It has been said that the age of Gutenberg, the age of the text, is past, and that today we live in the age of the image. But a qualifier might be in order: We live in the age of the displaced image. The current ubiquity of images has led to their transformation in almost endless ways. Images are in constant transmutation as they shift among techniques, media, contexts, and cultures. They are appropriated and re-signified—recycled for new uses. They travel, they spread vertiginously around the world, in a visual tsunami that sweeps us up in its torrents.

The 4th Triennial will examine the formal, methodological and conceptual shifts and hybridizations of the graphic image across different fields, media, backgrounds, habits, and senses, as well as its projection into three-dimensional space. The works chosen for exhibition will manifest the expanded, instrumental, and decentralized nature of contemporary graphic arts—a decentralization that might lead us to speak of a post-graphic art. While the aim of the Triennial is to present the “poly”-faceted explosion in the graphic arts today, it will also include examples of traditional printmaking articulated in an expanded field.
It will feature artists from Puerto Rico, Latin America, and the Caribbean, as well as Latino artists residing in the United States, including solo shows by Myrna Baéz, Fernando Bryce, and Carlos Garaicoa and important interventions in the public space.

The principal objective of the educational project for the 4th San Juan Poly/Graphic Triennial: Latin America and the Caribbean is to develop participatory activities aimed at a variety of publics and focused on collectively exploring and recognizing the aesthetic experience in order to nourish the development of creative thought. The project’s methodology will, it is hoped, help participants overcome their tendency to view looking at art works and entering the classroom as passive, hierarchical experiences.

This educational project will attempt to ensure that all Triennial activities encourage “horizontality”: the exchange of ideas among artists, institution, and viewers within a context of the awareness of the interdependency of all those sectors as creative, social, and political agents. To achieve this, we will be working to reconceptualize the role of gallery docents, workshop organizers, and lecturers as facilitators of experiences and creators of strategic educational exercises of problematization aimed at the generation of new knowledge.

The activities will be based on a focus that presents the Triennial as an experience of dialogue: a sharing of ideas, interpretations, and understandings between the artists’ works and the formation of an educated, participatory public.

On October 25, 2015, the international symposium titled “The Contemporary Image: From Symbolic Space as Hegemony to Symbolic Space as Problematization” will be held in the Theater of the University of Puerto Rico, Río Piedras. This is the project’s keynote activity. The symposium will allow an encounter between the internal and external publics for the 4th Triennial as a way of encouraging an analysis and discussion of the image as social and global experience.

This ambitious edition of the Triennial will include exhibitions, educational activities, events, and publications throughout Puerto Rico, expanding beyond the capital city of San Juan to include spaces on the periphery and in other municipalities.