Present Continuous. Drawing for the most part on moving images, Fast's work explores narrative complexity through a practice that blurs the boundaries between "reality" and "representation". For the last 15 years Fast has been continuously telling stories as a way of investigating the status of the image. 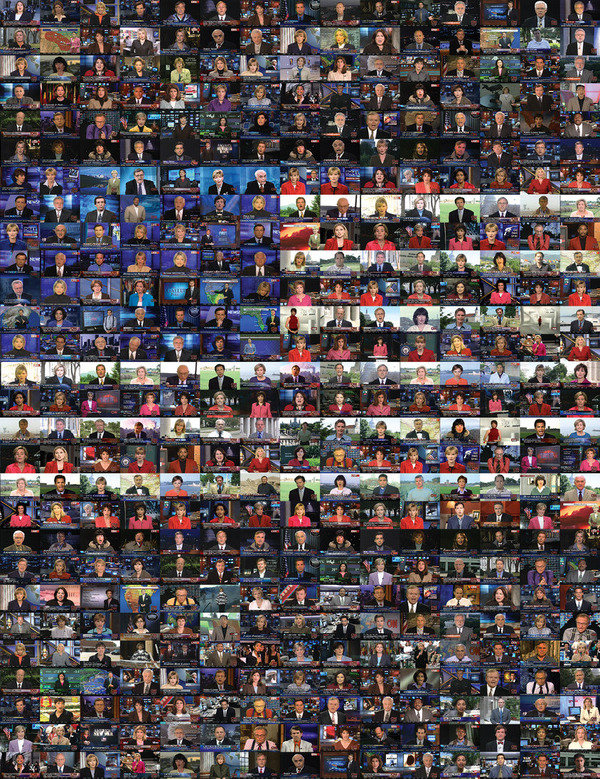 The Jeu de Paume is presenting a monographic exhibition by the artist Omer Fast. Fast's work has already been shown at the documenta 13, as well as at numerous biennials and group and solo shows. Drawing for the most part on moving images, Fast's work explores narrative complexity through a practice that blurs the boundaries between "reality" and "representation".

While Fast’s stories are often rooted in documentary, their construction is non-naturalistic and resists the temptation of any conclusion or revelation of some ultimate “truth”. Fast investigates the relationship between the individual and the social group, together with the way events are transformed into memories and stories, and their modes of circulation and media coverage. Fast investigates the way events are transformed into memories and stories, together with their modes of dissemination and media coverage. In this challenging of the politics of representation he follows in the wake of previous Jeu de Paume projects centring on new forms of narrative in the video and installation fields.

Born in Jerusalem in 1972, Omer Fast grew up amid different languages and cultures. He spent a large part of his teen years in New York and later moved to Berlin, where he now lives. This personal experience of adaptation partly explains his interest in the issues of language, transmission, translation and identity that have been a feature of his video installations since he began making art in the early 2000s.

Fast is above all a storyteller. His way of constructing stories – his mastery of form, of narrative modes and of point of view – transcends his subject matter. While his work tackles political, geopolitical and historical issues, it is given meaning by his use of narrative and its effects. As Walter Benjamin noted in 1936, "By now almost nothing that happens benefits storytelling; almost everything benefits information [...] It is half the art of storytelling to keep a story free from explanation as one reproduces it."

For the last fifteen years Fast has been continuously telling stories as a way of investigating the status of the image. In their intertwining of different registers – reality and fiction, original and copy, document and artifice – his video installations lay bare the codes and conventions that define cinema and TV "reality".

The Fast œuvre homes in on the issue of objective truth, underscoring the discrepancy between lived experience, identity and discourse. Fast enjoys working with the personal accounts – from soldiers, refugees, porn actors, embalmers – that form the starting point for many of his projects; he freely manipulates and modifies them in the editing process, making visible the complex business of turning facts into images and contesting the primacy of eyewitness testimony. He offers the potential narratives – the infinite ramifications – these accounts can give rise to. Sometimes these different narratives function simultaneously on the same plane, conjuring up Borges's "forking paths" and Deleuze's "falsifying narratives". Fast's work confronts us with an insoluble paradox: if a story is the outcome – as well as the hostage – of discursive conventions, it nonetheless remains the case that without these conventions there would be neither experience nor transmission.

Omnipresent in Fast’s work, repetition is also a core aspect of his filmic grammar: the double, the loop and reconstruction are defining features of his art. Repetition with variations and variations within repetition structure the videos included in this exhibition – 5,000 Feet is the Best, Continuity (Diptych) and CNN Concatenated – which are also pervaded by trauma, role-playing and war.

"Omer Fast: Present Continuous" begins with televised “historical reality” in the context of 9/11 in CNN Concatenated, moves on to a fictional tale of family horror in Continuity (Diptych) and ends with a consideration of new forms of long-distance war based on the personal account in 5,000 Feet is the Best.
From the unleashing of the war against terrorism to “virtual combat”, we are shown the way our experience of the world is mediated by image technology whose impact on those involved – the TV viewer, the drone pilot – is becoming steadily more real.