Go and Play with the Giant!

Childhood, Emancipation, and Critique. The exhibition shows more than 80 works of international contemporary artists who in their work reflect on the projection and social construction of childhood. 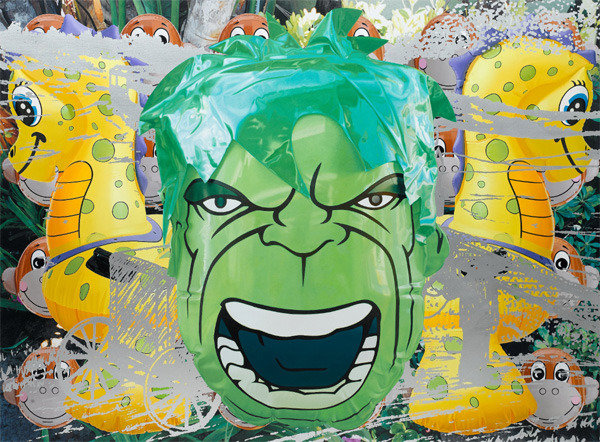 The exhibition Go and Play with the Giant! shows more than 80 works of international contemporary artists who in their work reflect on the projection and social construction of childhood. The exhibition encourages children and adults to explore issues of being a child. Go and Play with the Giant! questions conventions from which social and political assessments spring. The artworks are often about the conflicting views of childhood, and the longing for the child that grows up in nature unfettered: both the autonomous, self-determined child and the productive, adapted one that functions in an industrialised and economised society.

The exhibition focuses on examples of contemporary art that view childhood not as an isolated stage of life or development, but rather as being in a state of conflict with societal and political conditions. "Adults are just a little bit bigger," and "Adulthood is ultimately a matter of greater experience," says Hans-Joachim Gelberg, who in 1971 published Geh und spiel mit dem Riesen (Go and Play with the Giant), his well-known yearbook of children's literature that provided the title for this exhibition. This book appeared at a time when the progressive notion of the revolting child was put to the test in anti-authoritarian upbringings and theories of social renewal starting out from the child, with the child for the first time thought of as being capable of a more independent role in society. In this day and age, when the social status of the child is discussed primarily from an economic and efficiency-oriented point of view, Go and Play with the Giant! is to be seen as a call to give children and adults the space they need to be able develop critique and emancipation.

The aim to involve children in the exhibition as serious recipients was also a determining factor in the selection of the artworks, the exhibition architecture and the activity rooms that are an integral part of it. This exhibition would like to provide space for real participation, where children with their own thoughts, ideas and opinions are taken seriously. Still, rather than turning explicitly and exclusively to children and families, it appeals to visitors of all ages.

The Austrian artist Heimo Zobernig has installed play equipment in Villa Stuck's artist's garden that spells out, in a Helvetica font, the word "APROPOS." The horizontally and vertically interlaced letters become legible to visitors as they climb, sit, run, and walk on them.

The performative installation Le petit musée de la danse by the choreographer Boris Charmatz, meanwhile, brings together, quite paradoxically, the museum as a place of conservation and dance, the art of movement. Wooden sticks with texts by Gilles Amalvi, which serve as choreographic instructions, are installed in the space as a mobile; in order to be able to read the texts, one is forced to bend down, stretch, or crawl, thereby breaking with the traditional way of moving in a museum.

Also made available is a reconstruction of Floppy Math, which was developed by Holly Hughes, a student of the designer Viktor Papanek. The colourful fabric elements in the shape of squares and triangles can be used to fold mathematical formulas such as the Pythagorean theorem.

The 14th spielgabe or "play gift" of Friedrich Fröbel, which is devoted to weaving or braiding, involves colourful strips of paper that, with the aid of a braiding needle, can be slid into coloured papers with incised slots, allowing users to weave self-designed patterns or short texts. At the same time, children and adults may establish connections between geometry and digitality by means of synthesizers and digital apps.

Nils Normans has also supersized building blocks with crystalline shapes—alluding to the German founder of the kindergarten, Friedrich Fröbel—which can be moved and arranged in the space.