Featuring 12 large-scale works on paper, this exhibition focuses on the pictorial and graphic systems that have been ever-present within the artist's practice. Brannon undertakes traditional methods of printmaking, including letterpress prints, silkscreens, and lush hand painting on paper. 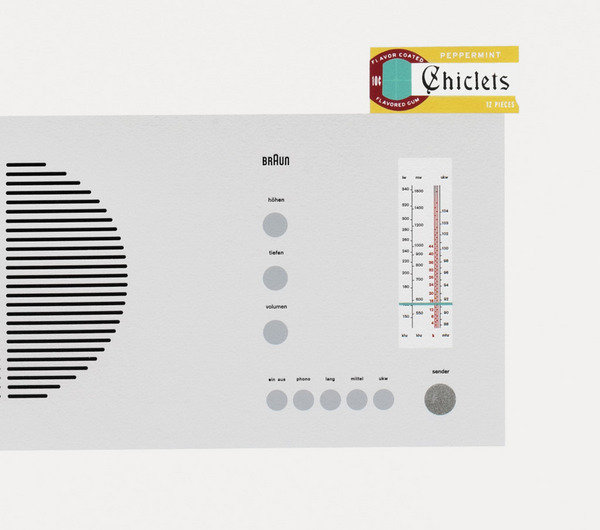 Casey Kaplan is pleased to present Matthew Brannon’s Skirting the Issue, the artist’s second solo exhibition at the gallery. Following a recent three-year “textploration,” which included the composition of novels and text-based films and paintings, Brannon introduces an anomalous, primarily image-centered installation. Featuring twelve large-scale works on paper, this exhibition focuses on the pictorial and graphic systems that have been ever-present within the artist’s practice. In pursuit of a visual language tendered in a similarly suggestive manner to that of the written word through themes informed by paradigms of 21st century cultural and social establishments, Brannon undertakes traditional methods of printmaking, including letterpress prints, silkscreens, and lush hand painting on paper.

The underlying story of the exhibition ventures into American history as Brannon explores emotional registers within the context of the Vietnam/American War, and that of America’s suggested transition from anti-colonial to anti-communist. In an attempt to better understand the period’s ambitions and anxieties, Brannon storyboards and stages, not as a historian, academic or politician, but obliquely (in the sense of Derrida) as an artist. Palpable references to universal yet explicit notions are made; a suspended moment in time holds subliminal connotations that provoke larger queries into social ideals and our personal crises within these constraints.

The imagery and objects rendered allude to the mass consumerism that rapidly developed during the lead-in to this moment (the ‘40s and ‘50s) in a resounding response to pop cultural idioms provided by television, film, advertisements, and literature. In much of the work there is a playful duality: a diploma rests opposite imagery of stereo equipment; perfume is paired with a Western Union telegram; and comfort food is viewed in tandem with the U.S. capitol, exposing a grand delusion. One of Brannon’s desires is to destabilize perception and allow for multiple interpretations within non-linear compositions of diverging pictorial and temporal elements. Skirting the Issue carries this through, releasing the experience by creating a forum where nothing is more suspicious than innocence.

Not too long ago I stood in a gallery looking at the work of one of my peers and had the thought – this is contemporary art. By that I mean that both the subject and the form of their work was very contemporary and very much about art. As a response, I had the liberating recognition that my own art, long known to have the form of the last century, also took as its subject the last century. Limitations are often productive.

I’ve been quoted as having once said my art addresses how we are own worst enemies. I no longer ask that question. I know the answer.* I’d like now to concentrate on the broader, more complex question of how America is its own worst enemy.

I was born in 1971, 6 years into the Vietnam War, just after the ’68 Tet Offensive and before ‘73 Paris Accords. Richard Nixon was President. I had entered a world battered from events that left the country’s identity in jeopardy and Luce’s concept of the “American Century” shattered. The context from which my generation was to respond was a response to those traumatic times. I didn’t realize it at the time but the ’80s seemed very much an act of forgetting. In psychoanalytic terms, a trauma not dealt with always finds a way to return.

I’ve long flirted with this Cold War context. But I’d like now to pursue a more concentrated research into the decision-making and events seen from the perspective of a new century. To be clear my research is a personal one. I do this not as a historian, or academic or politician but as an artist might begin to address a history.

When I was young, for a few years there was nothing more important than Star Wars. I saw it in the theatre with my family in 1977 in Alaska after multiple attempts standing in lines to see sold out shows. I can’t explain the excitement that film had for everyone in my 6 year-old age group. Interesting that it comes out essentially a year after the Saigon airlift evacuation. A traumatic, sad, complicated, messy, unsatisfactory end of a war that no one “won.” But in Star Wars everything was reversed: we are the good guys. We fight the guerilla warfare, we are united with diverse nations. This isn’t post-colonial fall out. The evil Empire has the nuclear bomb and they use it. We win in the end using ancient/spiritual tactics and then receive awards in a massive star-studded ceremony. Everyone I knew loved this film and we bought the toys spawned from it like crack. And now, again, with the U.S. deeply entangled in a highly debatable situation on foreign lands that can’t be summed up or resolved simply – on the horizon the country braces for yet again, forty years later… Star Wars.

No, because what is commonly assumed to be past history is actually as much a part of the living present as William Faulkner insisted. Furtive, implacable and tricky, it inspirits both the observer and the scene observed, artifacts, manners and atmosphere and it speaks even when no one wills to listen. And so, as I listen, things once obscure began falling into place. Odd things, unexpected things… Perhaps it was also to remind me that war could, with art, be transformed into something deeper and more meaningful than its surface violence… Ralph Ellison, 1981

Matthew Brannon (b. 1971, St. Maries, ID) lives and works in New York, NY. In recent years, Brannon has presented solo exhibitions at the Marino Marini Museum, Florence, IT (2013); David Kordansky, Los Angeles (2013); Glen Horowitz, East Hampton, NY (2013) and Portikus, Frankfurt am Main, Germany (2011). The artist has participated in group exhibitions such as Office Baroque, Brussels (2015); Cortesi Contemporary, Lugano, Switzerland (2013); the Aspen Art Museum, Aspen (2013); and The Whitney Biennial, Whitney Museum of American Art, New York (2008). Recently featured in “The Manifest Destiny Billboard Project,” LAND (Los Angeles Nomadic Division) throughout Los Angeles, Brannon is also included in a three-person exhibition this September at Mary Mary, Glasgow. Brannon’s work is included in permanent collections such as the Hammer Museum, Los Angeles; the Whitney Museum of American Art, New York; and the Museum of Modern Art, New York. His most recent novel, “An Irresponsible Biography of the Actor Laurence Harvey,” a biography of the late actor, was published by Onestar Press, Paris in 2014.