Shot at Dawn. The exhibition comprises images of 23 locations at which the soldiers were shot or held in the period leading up to their execution. 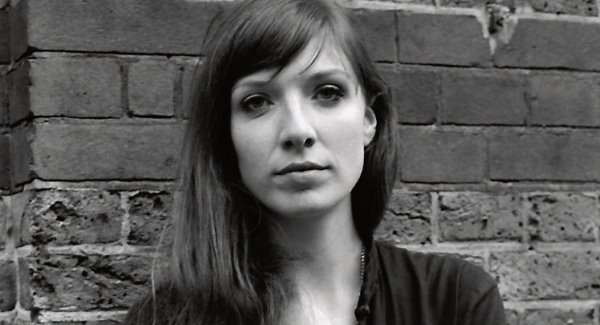 IMMA presents Shot at Dawn a new body of work by the British photographer Chloe Dewe Mathews that focuses on the sites at which soldiers from the British, French and Belgian armies were executed for cowardice and desertion during the First World War. The project comprises images of twenty-three locations at which the soldiers were shot or held in the period leading up to their execution (of which an edited selection is shown at IMMA). All are seasonally accurate and were taken as close as possible to the precise time of day at which the executions occurred. To mark the opening of the exhibition a discussion with Chloe Dewe Mathews, Paul Bonaventura (independent producer) and Niall Bergin (Manager, Kilmainham Gaol), moderated by IMMA Director Sarah Glennie, takes place on Friday 9 October at 1pm.

“I spent many months researching the cases of soldiers who had been executed, trawling through courts-martial documents, using old aerial photographs and monastery diaries to pinpoint the precise locations where each man was shot. Academics, military experts, museum curators and local historians enabled my work, and although many of them have dedicated their lives to researching the subject, none have identified and visited the sites of execution in such a systematic fashion. Whether slag-heap, back of a primary school, churchyard, town abattoir or half-kempt hedgerow, these places have been altered by a traumatic event. By photographing and titling them as I have, I am reinserting the individual into that space, stamping their presence back onto the land so that their histories are not forgotten” Chloe Dewe Mathews, September 2014.

Shot at Dawn premiered at Tate Modern in London and Stills: Scotland’s Centre for Photography in Edinburgh in November 2014. Following the showing at IMMA the exhibition will travel to Ivorypress in Madrid in 2016.

Shot at Dawn is commissioned by the Ruskin School of Art at the University of Oxford as part of 14–18 NOW, WW1 Centenary Art Commissions. Sponsored by Genesis Imaging and supported by the National Lottery through Arts Council England and the Heritage Lottery Fund and by the British Council, Government of Flanders, John Fell OUP Research Fund and Van Houten Fund. This exhibition is part of a series of New Art at IMMA proudly sponsored by Matheson.

This exhibition is accompanied by a fully illustrated book. Published by Ivorypress, it provides a complete visual record of the commission alongside a critical analysis of the work by the celebrated writer Geoff Dyer and expert contextual essays on cowardice, desertion and psychological trauma brought on by military service by the acclaimed historians Sir Hew Strachan and Dr Helen McCartney. The book will be available from the IMMA Shop at the special exhibition price of €39.95.

Artist’s Biography
Chloe Dewe Mathews (b. 1982) is an award-winning photographic artist based in London. After studying fine art at Camberwell College of Arts and the University of Oxford, she worked in the feature film industry before dedicating herself to photography. Her work is internationally recognised, with solo exhibitions in Britain and Europe and editorial features in the Guardian, Sunday Times and Le Monde. Public and private collections have acquired her work, including the British Council Collection and the National Library of Wales. Her awards include the British Journal of Photography International Photography Award, the Julia Margaret Cameron New Talent Award and the Flash Forward Emerging Photographer’s Award. Her nominations include the Deutsche Börse Photography Prize, the Prix Pictet and the MACK First Book Award. In 2014 she was the Robert Gardner Fellow in Photography at the Peabody Museum of Archaeology and Ethnology, Harvard University.