Art Night On Thursday. There are 3 exhibithions in Bombay: Common Ground # 2 videos and light installation, Research in Motion investigation of dance and movement-based forms, Yogesh Barve | Explaining Could be Exploiting various performances. 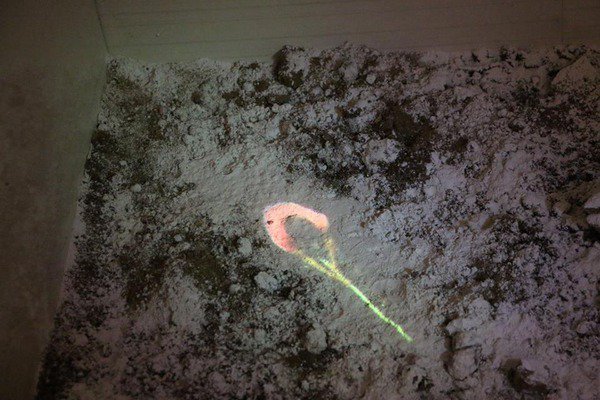 Clark House Initiative is proud to present Common Ground #2, the second in an edition of a planned three part exhibition series that will bring together the works of six artists. The exhibition curated by Rebecca John began in G.159, Bangalore with works by Amol Patil, Poonam Jain and Yogesh Barve. This second part features works by Bangalore based artists Tara Kelton, Ragini Bhow and Nihaal Faizal, as interventions inside Yogesh Barve’s ongoing solo show “Explaining could be exploiting”. The exhibition will culminate in Berlin bringing together the works of all six artists.
This exhibition series explores the idea of a common ground - a space of shared knowledge and common understanding as the trigger for wider communication and cooperation. Especially in the digital era, which creates worldwide networks of shared visual knowledge, we have to ask how important the actual geographic context is for an understanding of imagery: does art that comes from another regional background have to be explained if it travels to different places or does it speak for its own? This exhibition inside the exhibition shows different found objects, digital prints, videos and a light installation, which at the same time come from an individual approach and discourse, but which are also universal in the sense that we can all relate to it through our visual experience of the everyday.

Common Ground # 1
Amol Patil | Poonam Jain | Yogesh Barve
G.159 Bangalore
5 - 11 November
G.159 is proud to present Common Ground #1, the first in an edition of a planned three part exhibition series that will bring together the works of six artists. The exhibition curated by Rebecca John will begin in Bangalore where it features the work of three Bombay based artists and members of Clark House Initiative, Amol Patil, Poonam Jain and Yogesh Barve.

Research in Motion
8 pm |12 November 2015
A cluster performance intervention by Naresh Kumar & Amol K Patil within Yogesh Barve's solo debut.
curated by Sumesh Sharma
Mother + Monster = Monster. Yogesh Barve , 2015
Founded in 1978, Movement Research is one of the world's leading laboratories for the investigation of dance and movement-based forms. Valuing the individual artist, their creative process and their vital role within society, Movement Research is dedicated to the creation and implementation of free and low-cost programs that nurture and instigate discourse and experimentation. Movement Research strives to reflect the cultural, political and economic diversity of its moving community, including artists and audiences alike.
- Judson Memorial Church , New York.

Looking back into the questions that made the discourse for performance possible during the founding of Movement Research at the Judson Church, Naresh Kumar and Amol K Patil present a program of performances that arise from simple gestures present in ritual and festivities that they have particpated in since childhood. A bundle of rice-straw rope , a piece of glass and a pulled apart broom become the contextual props that follows Yogesh Barve's reductionary aesthetic in the arts that somewhere has a resonance in the ideals of the Arte Povera and Movement Research schools of thought. This intervention and previous public performances by Amol K Patil and Naresh Kumar have been documented on cellphone cameras, not as a choice but due to their urgent and spontaneous occurrence. Within Yogesh Barve's solo debut we come across m any old discarded smart phones being used as screens for videos he has shot on them. This was representative of his practice during his graduating year in 2014 where despite limited access to such equipment he was able to create a body of work using used or non working digital detritus. Performance needs a a conceptual reduction for a minimal showing that then translates into its afterlife as a video or a documentation with a degree of simplicity. The Rice-Straw rope for example is available in plenty just across the sea from Bombay in the district of Alibaug used by the ever diminishing farmers to tie their harvest together. These are delicately woven and form a sculptural body resembling the work of Haegue Yang , a close colleague of the artists. The performances bring together travels and intimacies with art Yogesh Barve , Amol K Patil and Naresh Kumar have witnessed over the last two years mapping Europe , Middle Eas t and South East Asia.
Sumesh Sharma , Bombay, 2015.

Yogesh Barve (b.1989) is an Indian artist based in Bombay, India. Barve's artistic practice encompasses sculpture, film, multimedia installations and site-specific works. A common thread throughout his work is a critique of our cultural fragmented thinking. Barve uses the idea of the slash in the form of un/learning, de/constructing and non/conformism, and as a means of thinking and working. Using a range of materials, including found objects, digital technologies, such as his mobile phone camera, and search and game engines, Barve's work examines social and cultural experiences of in/equality, ir/rationality, the un/invited, and the in/outsider. Barve is a member of Clark House Initiative.
Yogesh Barve was a resident at the Google Cultural Institute, Paris as a part of the 89 plus program curated by Hans Ulrich Obrist & Simon Castets along with Julie Boukobza. Yogesh Barve was invited to be a comissioned artist at the online journal Ibraaz.org by Amanprit Sandhu as a part of the Ibraaz projects. He has shown at the Fondation Lucien Paye, Happy Market - Chez Michel Milk and Kadist Art Foundation in Paris. He was part of Insert 2014 curated by Raqs Media Collective, Para Site Hong Kong , Clark House residency on Manifesta Online, Art Dubai Projects 2014 , Decolonising Imaginari es and Transnational Pavillion Venice Biennale 2012. He has studied Leather Technology , Bachelors in Visual Arts from Rachna Sansad Bombay and Vasai Vikasini Vasai and has a Diploma in Visual Communication from the Telcom University Bandung Indonesia where he was a receipent of a scholarship.