The new gallery located in Manhattan open with an exhibition that revolve around the connection that exists between information, perception and interpretation. This exhibition will include new works of 9 artists. 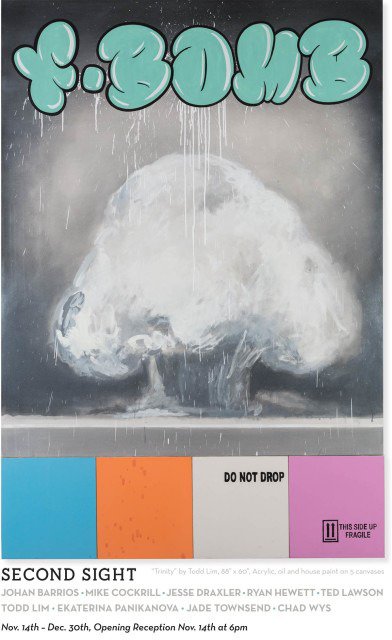 Paul Booth, the owner of Last Rites Gallery, is pleased to announce the opening of Booth Gallery, a new gallery located in Manhattan, at 325 W 38th St, New York City, NY 10018. Booth Gallery and its program of carefully selected artists will take over the large ground floor space, whereas the Last Rites Gallery will be relocated to the second floor mezzanine gallery for a more focused program of Contemporary Surrealism. Booth Gallery will allow Paul to display works by an even broader selection of local and international contemporary artists.

Paul Booth has wanted to launch a new gallery focused on the exploration of new avenues in terms of cultural significance and visual communication for years. Booth Gallery’s program has been conceived to encompass a departure from contemporary surrealism for which Paul and Last Rites Gallery have been known. Booth’s goal for his new gallery is to develop a wider audience interested in connections between historical relevance and experimentation of idea based works. Furthermore, the gallery aims to trigger discussions focusing around social, psychological and philosophical subjects in virtue of a deliberately thought-provoking approach to contemporary art. We would like to invite you all to become an active part of our ongoing dialogue and new perspective on these topics.

Opening on November 14th at 6pm