'An Imagined Museum' presents works from the Centre Pompidou, Tate and MMK collections, the exhibition bring together over 60 major, post 1945 artworks from this prestigious galleries. 'Matisse in Focus' is a concentrated display of 15 works that together span five decades of Henri Matisse's (1869-1954) innovative practice. 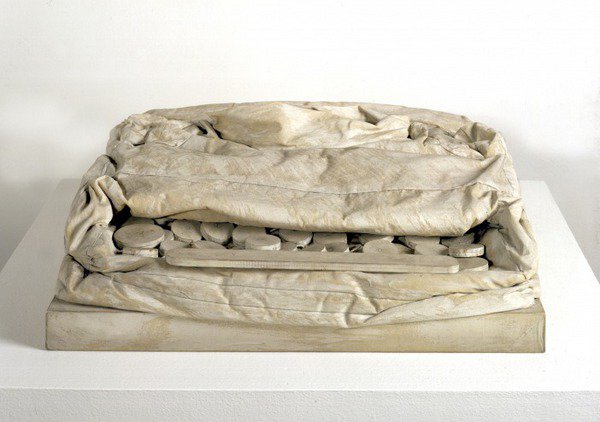 You’ve arrived at Tate Liverpool in the future. All of the works of art on display are about to disappear, forever. Which works of art do you want to know by heart, committing them to memory so that your favourite piece lives on?

The exhibition invites audiences into a fictional scenario in which the exhibited artworks will cease to exist and asks visitors to memorise the works to secure their future preservation. An Imagined Museum draws on Ray Bradbury’s 1953 sci-fi novel Fahrenheit 451, a tale a distant future in which works of literature are banned and the only way to save them is to learn them by heart.

The exhibition will culminate with an exciting final weekend (20 – 21 February). All of the artworks will ‘disappear’, leaving the gallery to be replaced by members of the public who will personally recollect the missing art works to become 2053: A Living Museum. Visitors can expect to enjoy an array of multi-art form, live performances.

Part of Tate Liverpool’s autumn/winter season, entitled Works to Know by Heart, the exhibition encourages audiences to take an active role in the exhibition and to form a personal relationship with the artworks on display.

In the Wolfson Gallery, located on the museum's ground floor, Works to Know by Heart: Matisse in Focus presents a concentrated display of 15 works that together span five decades of Henri Matisse’s (1869–1954) innovative practice. This display explores the artist’s transformative use of colour and his abiding interest in the human figure, highlighting his pioneering cross-pollination between drawing, painting and sculpture. Presenting key moments from his artistic practice, the works cover portraiture, figure studies, landscape and still life: a mini-retrospective that is also a time capsule of a life and its work.
On display at Tate Liverpool for the first and only time in the gallery’s history is The Snail, one of Henri Matisse’s largest and most significant paper cut-outs. Matisse said of the cut-out technique that it "allows me to draw in the colour. It is a simplification for me. Instead of drawing the outline and putting the colour inside it—the one modifying the other—I draw straight into the colour." Made in 1953, more than a decade after Matisse underwent lifesaving surgery, The Snail—and the radical new means of making the artist had developed to create it—serves as a vivid illustration of the power of art.
This special presentation of Matisse works drawn from the Tate collection attests to his long career and ground-breaking legacy.