I Was Once Lonelyness

Artists are brought together from each of the world's continents to explore how we occupy and move between physical and immaterial realms. The exhibition looks at how contemporary artists are utilising differing languages of abstraction. 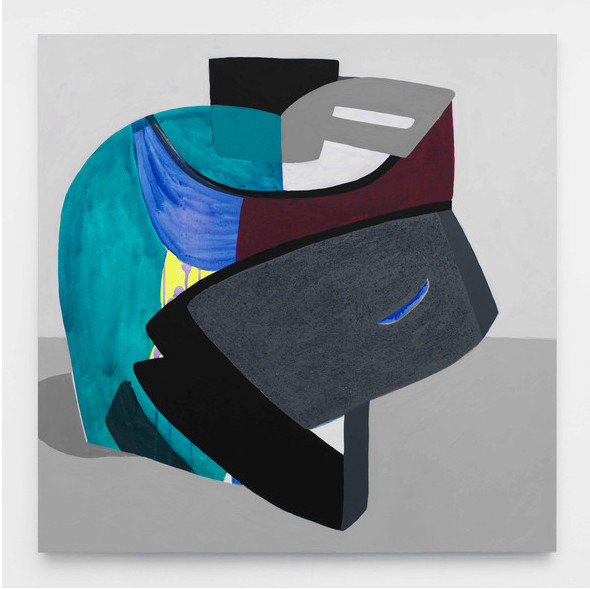 ‘I Was Once Lonelyness’ is a group exhibition that looks at how contemporary artists are utilising differing languages of abstraction to bridge material and immaterial space. In an age where digital platforms proliferate, we mediate a unique moment in history where we occupy and move between physical and immaterial realms. Artists are brought together from each of the world’s continents to explore how this condition is expressed in painting, sculpture, installation, works on paper and photography.

Absent from any recognisable forms, abstraction could be described as an act of pure creation. From the early to mid-twentieth century, artists from Russia through to Europe and America assumed a radically non-representational style, purposefully turning away from the knowable material world to preface feeling. How have contemporary artists assumed this mantle? The exhibition’s title derives from a phrase once used by the African artist Moshekwa Langa (b. 1975, South Africa) – a heartfelt saying that draws upon deep inward emotion. Reproducing the erroneous spelling of the word ‘lonelyness’, mood is prefaced over realistic representation.

What role does painting have in expressing today’s (im)material world? How can it respond to this space to suggest both solid materiality and unfixed fluidity? The digital realm is perhaps characterised by a square flatness, by sleek surfaces: cropped layers of content and overlapping windows compressing three-dimensionality. With works including Banner Blindness (2014-15), Pozanti references the square format of apps such as Instagram, positing hand-painted idiosyncratic shapes that encourage the viewer to consider our consumption of digital data and question ‘machine vs. human’ discourse. Scott also suggests a space of consumer excess, characterised by the layering of superficial, seductive or delicate materials, as seen in her tapestry woven from toilet paper and unconventional pigments deriving from shampoo, soft drinks and shower gel, Paris Melts II (2014).

Jose Davila (b.1974, Mexico) and Asim Waqif (b.1978, India), both of whom originally trained as architects, suggest the tentative or unstable aspects of our physical materiality. Davila’s works employ balance and tension to highlight the inescapable struggle of humanity against gravity, regardless of the advancements of our digital age. His most monumental sculptural installation to date feels strangely volatile and yet is perfectly balanced, the systematic shape of the marble even recalling the way in which a corrupted image might freeze and move upon a screen.

Producing complex structures out of discarded materials, there is a sense that Waqif’s architecturally-inspired forms might collapse. Seismo-logic (2014) appears as an unfolding artwork that references two photographic images of a building in Delhi demolished by the State over ten years ago for violating building laws. Today, the building is still standing in a half-demolished state - both material and immaterial.

Beto Shwafaty’s (b.1977, Brazil) Tripartite Reunited (2011-13) looks at the mathematical form of a Möbius strip – one boundary that is formed through a closed curve, one side being half twisted. This abstract shape has recurred through multiple spheres: visual arts, design, architecture and, even, corporate identity. It thus has both a material and immaterial presence, one that is concrete and, simultaneously, migratory and intangible. The work of Joel Morrison (b. 1976, USA) draws upon traditional art historical references, which migrate and morph into new forms. Paired with light-hearted nods towards popular culture, his seductive sculptures of stainless steel reflect an immaterial image within a surface of undulating abstract lines and curves.

With this exhibition, the idiosyncratic way in which we mediate immaterial and material space in the present day is highlighted, utilising languages of abstraction to reflect the essence of this moment. Perhaps this cannot be effectively conveyed through concrete representational means, but rather, through evoking a mood, feeling or atmosphere.