Graphic Universe. Her simple, geometric and natural forms conjure up a sense of the poetical and the spiritual 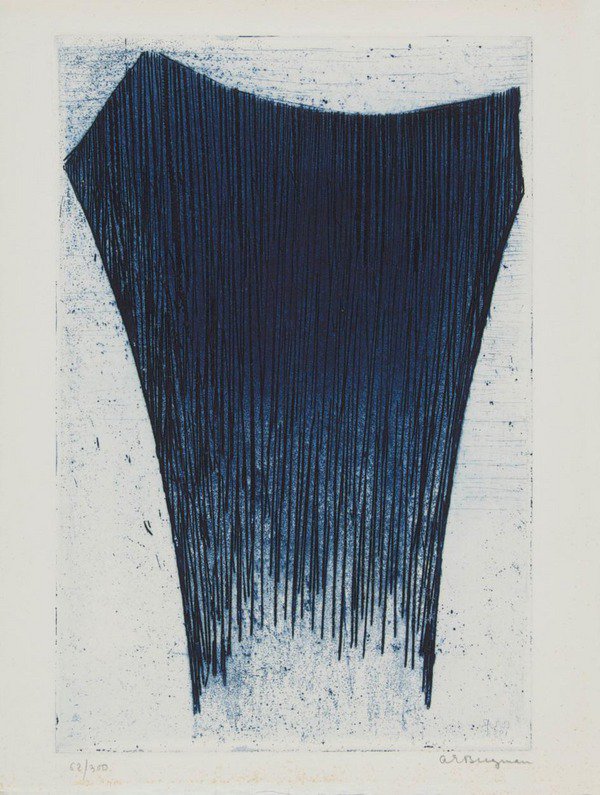 The rhythms, planes, fields and volumes of Anna-Eva Bergman's art are inspired by nature. Her simple, geometric and natural forms conjure up a sense of the poetical and the spiritual. This exhibition has been set up according to Bergman's own categorization in her notes "Les Themes." Bergman used metal foils to create an illusion of light in her prints and paintings. By glazing the surfaces at various levels and using a palette knife to scrape the surface, she produced vivid effects of depth and relief. She also polished the foils in order to make the pictures flicker with a "magic" light. Even though the Norwegian artist Anna-Eva Bergman (1909-87) spent most of her life in France, Norway played an important role in her art. Impressions from two journeys to Northern Norway in the summers of 1950 and 1964 had a lasting influence on her prints and paintings. From the deck of the Hurtigruten coastal steamer, she observed the rugged Northern Norwegian nature and its deep fjords, steep mountains, vast ocean waters, midnight sun and endless horizon. She became particularly fascinated by the Arctic light. Opening November 12, 6:30pm.