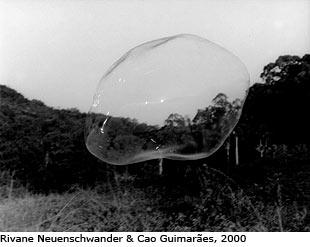 (Dys)Function sets out from diverse possibilities for communication and its absence. We mean communication beyond language, which is neither verbal nor textual. The exhibition emphasizes visual and formal communicative aspects in a time when these often are set aside in favour for an underlying narrative story. Including works which in different ways treat issues relating to perception, (Dys)Function indicates visual strategies are artistic languages in themselves that ramify, that do not avoid further readings, that are capable of bringing forth unexpected points of view which, in turn, force the viewer to take a renewed stance in viewing the world around.

Another aspect upon which we want to focus in an exhibition like (Dys)Function is that a workâ€™s communicative aspects may open up infinite possibilities and at the same time be, nonetheless, difficult to master. A workâ€™s meaning is seldom crystalline or unequivocal. Art requires time and there is often a need for certain keys in order to comprehend the artistâ€™s intentions. Nevertheless, the viewer always has the evident privilege of accessing the work according to his or her own frames of reference and experience. (Dys)Function also treats this gap between the artworkâ€™s idea and its reading. That communication works both ways and on different levels simultaneously.

The exhibition includes works by CsÃ¶rgÃ³ Attila, Ceal Floyer, Alexander Gutke and Rivane Neuenschwander who, with characteristic visual intelligence and refinement, grip, engage, awaken curiosity and new thoughts. By means of minimalistic and repetitive tactics, they work with the mechanics and functionality of objects and tools taken from their immediate vicinity and daily environment. Well known objects as a soap bubble, a slide projector, a glass of water, projected raw film footage or a found postcard are closely studied and manipulated. Just as the exhibitionâ€™s title indicates extremes, these investigations aim to find the dialectical tension between literal and unexpressed, between concrete and abstract, reality and vision, factuality and dream. And we ask ourselves if we actually see what we think we see.

Image: a work by Rivane Neuenschwander and Cao Guimaraes, 2000