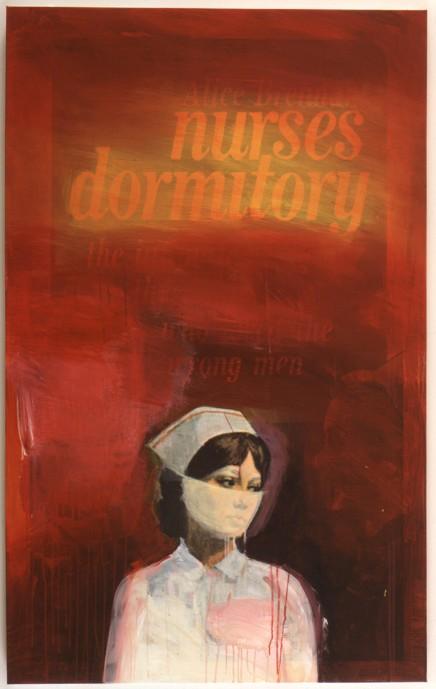 Featuring 60 paintings by 23 artists, The Undiscovered Country at the Hammer Museum demonstrates the vitality of representational painting during the past four decades and provides a rare opportunity to see paintings by younger contemporary artists in the context of influential works by established 20th-century masters.

Painting has been declared dead or irrelevant many times since photography usurped its most fundamental function-to depict and represent the world we live in. The Undiscovered Country brings together works spanning a forty-year period that illustrate how rich the possibilities of painterly representation still are, and trace the influence earlier artists continue to exert on today's generation. The exhibition title is a reference to Shakespeare's Hamlet, who uses the phrase "the undiscovered country" to describe the afterlife "from whose bourn no traveler returns." In this sense, the artists in the exhibition can be seen as navigating the uncharted territory following the so-called death of painting. Yet on a broader level, each blank canvas is its own undiscovered country for the painter who stands before it.

The work shown here demonstrates that there remains much territory for painting to explore. The exhibition includes many genres-including portraits and the human figure, rural landscapes and urban cityscapes, and conceptual approaches to painting-that speak to the continuing capacity of painting to address issues of representation. The artists' acknowledgment of the many challenges to painting's authority goes hand in hand with the continuing-and equally evident-pleasure in painting that they have also felt. This pleasure is perhaps the key, sustaining factor in their work.

The painters whose work is included here manifest a wide range of approaches. For the most part, however, they avoid a flat, graphic style that denies the importance of painterly qualities. And they also owe little allegiance to the hectic expressionism that equates wild gesture with authentic emotion. The artist have, nevertheless, responded to the continuing questioning of painting's representational authority through works that offer ways of seeing accessible only through painting.

The Undiscovered Country is accompanied by a fully-illustrated catalogue published by the Hammer Museum. Featuring an essay by curator Russell Ferguson alongside 83 plates on 138 pages, the hardcover catalogue is available at the Hammer bookstore.
ISBN 0-943739-27-6. The catalogue is distributed by D.A.P./Distributed Art Publishers, Inc.

Public Programs
In conjunction with The Undiscovered Country, the Hammer Museum hosts engaging public programs to discuss the issues in art presented by the exhibition.