The third Nordic biennial for computer based art. An art which is created and displayed with the aid of computers. The theme of 2004 is perspective. The exhibition presents the works of some twenty artists. 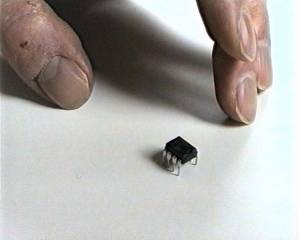 Third Nordic biennial for computer based and high technological art

Electrohype 2004 is the third major Electrohype exhibition to be shown in MalmÃ¶ and is also the third Nordic biennial for computer based art. Computer based art is art which is created and displayed with the aid of computers. We are all influenced by computers and their presence. Even if we do not have one at home or at work, we must relate to these machines. They are in your mobile phone, the cash dispenser, and your car. They can do everything from helping you to find information or ensuring that the lift stops at the right floor, to creating art.

The theme of the Electrohype 2004 biennial is perspective. It is a theme which is very well suited to an art form that has developed extremely rapidly in recent years. It is now time to pause a bit and look back and sideways to see what the current situation is like. Computer based art made its big breakthrough around 1994 when the Internet was opened up for civilian use. Technological art has developed in parallel with technology in general, but in its own unique way. It has tried from an artistic perspective to reflect the relationship between humans and technology. This relationship influences us whether we wish it to or not and is a relationship which is more and more in evidence.

Electrohype 2004 presents the works of some twenty artists. The main focus is on Nordic artists but a number of artists working outside the region have also been invited. This was done in order to give the exhibition greater breadth and variation but also to create contacts between Nordic and international artists. This yearâ€™s biennial will differ from its predecessors in that fewer works are directly interactive with the public, but more of the works will reflect in their own way upon our relationship with technology. In this way the exhibition approaches a tripartite point of interface between humans, art and technology.

Electrohype 2004 also contains a small but important collection of historical works by Swedish artists. These artists were among the first to use digital tools to make art. In its day Sweden was a leading country in the experimentation with art and new technology, and the works which were created in the period from 1960 to 1985 form an important part of the history of contemporary art. Today these digital pioneers are perhaps more important than ever not only from a historical perspective but also for the future.

The concept of a Nordic biennial for computer based and high technological art was initiated and realised by the Electrohype organization, which was established in MalmÃ¶ in 1999. The first exhibition, Electrohype 2000, whose theme was art in the digital sphere, took place at Kajplats 305 and Galleri Rostrum in the autumn of 2000. It was the intention then that the exhibition would be a one-off manifestation or presentation of computer based art. The response from the public, the media and not least the practicing artists, who had now gained a scene at which to exhibit their works, was extremely positive. Electrohype has therefore continued its work to make possible exhibits of art in this genre through a series of larger- and smaller-scale exhibitions.