The 4th International Los Angeles Photographic Art Exposition will feature the finest photographic art, from the earliest 19th Century experiments to the most contemporary photography and photo-based art. More than 80 premier galleries and private dealers representing International and U.S. artists will be on display. 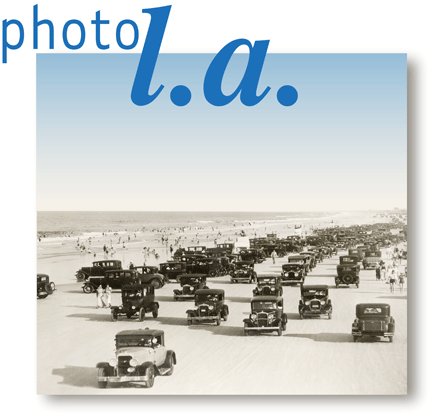 Stephen Cohen, veteran art fair producer of the highly acclaimed photo san francisco and photo new york shows, is pleased to announce the largest Photographic Art Exposition in the United States, photo l.a. 2005. The event will be held January 20 - 23 at the at the Santa Monica Civic Auditorium, located at 1855 Main Street, and will feature the finest photographic art, from the earliest 19th Century photographic experiments to the most contemporary photography and photo-based art.

"Since 1991, photo l.a. has shown a constant upwards expansion and is now recognized by collectors across the world for its superior selection of contemporary and vintage art pieces of diverse styles by artists of unparalleled ingenuity," says Stephen Cohen, producer of photo l.a. and owner of the Stephen Cohen Gallery. "The burgeoning popularity of the show is a direct reflection of the time and care we put into creating a show that impresses our visitors as much as our exhibitors."

The show will commence with a reception on Thursday, January 20 from 6 to 9 p.m. to benefit the Photographic Arts Council of the Los Angeles County Museum of Art. With more than 120,000 works in its world-class permanent collection, LACMA is one of the premier art museums in the western United States. Guests will enjoy all the wonderful works of art on display as well as a hosted cocktail reception. Tickets to the reception are $50 per person and can be purchased at the door or in advance by calling 323.936.5846. Additionally, order forms for tickets can be accessed via web address, and faxed directly to LACMA Photography Dept. at 323.857-4792.

"The Photography Dept. at LACMA is delighted and proud to once again be partnered with this event," says Robert Sobieszek, Head Curator, Photography Dept., LACMA. "photo l.a. is a marvelous event, and continues to grow each year - with the opening reception being one of the few times the entire spectrum of the photographic community can come together in one place."

Exhibition hours are Friday, January 21 and Saturday, January 22, 12p.m. to 7p.m. and Sunday, January 23, 12p.m. to 6p.m. Tickets are $20 for a one-day pass and $30 for a three-day pass (includes an expanded catalog). Lectures are $10 per person, per speaking engagement and onsite collecting seminars are $70 (includes a 3-day pass and an expanded catalog). Student tickets for lectures and the fair are available with valid I.D. All exhibition, lecture and seminar tickets are available for purchase at the door or in advance by calling 323.937.5525.

About the Stephen Cohen Gallery (http://www.stephencohengallery.com)
The Stephen Cohen Gallery was opened in 1992 and moved to its present location in 1995. Since its inception, the Gallery has exhibited vintage and contemporary photography and photo-based art from the United States, Europe and South America. As host gallery for photo l.a., artLA, photo san francisco and photo new york, the gallery has helped to expand the awareness of photography as an art form to be appreciated by experienced art collectors and enthusiasts.