None of the Above

Work by 15 artists, who variously live and work in Puerto Rico, on the mainland, and in Europe. While some of the work makes apparent the 'Puerto Rican-ness' of some of the artists, all of them tend to be influenced by aesthetic and personal issues, and to be engaged in an international artistic dialogue. 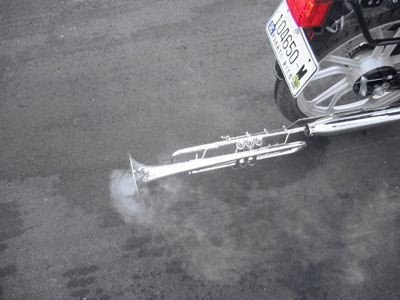 Real Art Ways is pleased to announce that None of the Above: Contemporary Work By Puerto Rican Artists will open at the Museo de Arte de Puerto Rico in San Juan, Puerto Rico, on January 22, 2005. The exhibition will run at the Museo, San Juanâ€™s largest museum, from January 22 through April 17, 2005.

The exhibit, which originally opened at Real Art Ways in May of 2004 includes work by 15 artists, who variously live and work in Puerto Rico, on the mainland, and in Europe. While other exhibitions of Puerto Rican art have often focused on nationalism, identity, or geography as unifying themes; this exhibition proposes a new way of seeing and thinking about Puerto Rican art, going beyond the standard curatorial frameworks to identify and embrace critical strains that have typically not been seen as central to Puerto Rican art practice, and to include artists whose Puerto Rican identity transcends physical location.

While some of the work makes apparent the â€œPuerto Rican-nessâ€ of some of the artists, all of these artists tend to be influenced by aesthetic and personal issues, and to be engaged in an international artistic dialogue. At the same time that their work has international influences, it can also be traced to antecedents in Puerto Rican artistic practice.

â€œThese artists are all Puerto Rican, but their lives and work reflect that in very different ways,â€ says Real Art Ways Executive Director Will K. Wilkins. â€œWhile the political status of Puerto Rico remains an enduring issue, the esthetic impact of its offspring benefits the world.â€

In conjunction with the exhibition, Real Art Ways is publishing a 200 page illustrated catalogue, edited by Deborah Cullen, which examines the relationships between this contemporary generation and its predecessors in the art scene of the 1970s.

None of the Above was funded by major support from the National Endowment for the Arts, the Andy Warhol Foundation for the Visual Arts, United Technologies, and St. Paul Travelers. Real Art Ways Visual Arts program receives major support from Marjorie Morrissey, Howard and Sandy Fromson, The Ritter Foundation, the Hartford Foundation for Public Giving, the Greater Hartford Arts Council, and Real Art Ways Members. Additional support comes from the Connecticut Commission on Arts and Tourism, the Bissell Foundation and the Ensworth Foundation.

Quotes from reviews of None of the Above:

â€œReal Art Ways should be congratulated for such an ambitious, revelatory exhibition, which raises the bar for contemporary art projects throughout the state.â€
â€” Benjamin Genocchio, New York Times, 6/13/2004

"...'None of the Above' travels to Museo de Arte de Puerto Rico in January. But Real Art Ways, a space New Yorkers would do well to keep their eye on, gets credit for presenting it first, and wellâ€ â€” Holland Cotter, New York Times, 6/4/2004

More information on the Museo de Arte de Puerto Rico:
Puerto Rico's artistic tradition - painting, sculpture, graphics, ceramics, folk art, photography and other contemporary media - is nearly 500 years old. The non-profit Museum supports this dynamic tradition by collecting, exhibiting and interpreting art. At the same time, the MAPR fosters awareness of other art traditions from Latin America and the rest of the world.

Galleries in the West Wing display the Museum's permanent collection and loans of Puerto Rican art from colonial times to the present in changing exhibitions. On the fourth floor over 10,000 square feet of gallery space for temporary exhibitions surround the atrium.