Dedicated to You, But You Weren't Listening. The exhibition draws distinction between works that might rely on or ask for audience involvementâ€”however indeterminateâ€”in favour of projects that are actively realized through some form of participation. What is the nature of authorship when multiple, perhaps contradictory, voices are invited to come together in the production of a work? Kelly Mark, Glow House #3: a project set in a Toronto residence, where a number of television sets have been distributed throughout the interior. All the televisions are tuned to the same channel, and when the house is viewed from the street at night, the effect of each small flicker of light from every CRT is compounded. 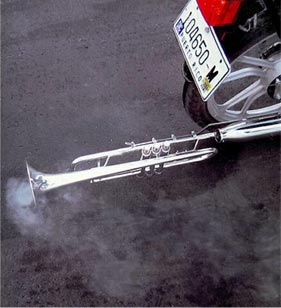 Dedicated to You, But You Weren't Listening - Kelly Mark, Glow House #3

When American artist Robert Morris wrote, "The experience of the [art] work exists in time", he synthesized a growing reaction in the late 1960s against the idea of an essential â€œpresentnessâ€ to the appreciation of painting and sculpture. Though Morrisâ€™s declaration was essentially formalist, it foreshadowed a complex new terrain for artists that invited questions about the contextual nature of art and the emancipatory potential of engagement. Emerging from these new possibilities, Conceptualism spurred investigations in which the audience not only became a subject of interest but for some artists increasingly integral to the artwork itself. Dan Grahamâ€™s explorations with video time delay in the early 1970s, for example, exist in the relationship between a viewer and the workâ€™s technical apparatus. Walking within one of Grahamâ€™s video pieces is the work.

Artists continue to elaborate on the nature of Conceptualism through increasingly elastic strategies and provocative methods of making art. Dedicated to you, but you werenâ€™t listening assembles a small group of works that grow from the collaborative and performative spirit of Conceptual practice, looking specifically to those transformed or composed in relation to something outside the artistâ€™s direct control. The exhibition draws distinction between works that might rely on or ask for audience involvementâ€”however indeterminateâ€”in favour of projects that are actively realized through some form of participation. What is the nature of authorship when multiple, perhaps contradictory, voices are invited to come together in the production of a work?

Could a comparison be made, for example, between the English artist Jeremy Dellerâ€™s Acid Brass Band and the Russian artists Vitaly Komar and Alexander Melamidâ€™s Most Wanted Paintings? The Most Wanted Paintings are an ongoing series completed through opinion surveys that ask respondents in a given country about the most desirable features in a painting. The (culturally slanted) results are tabulated, and a painting is produced according to majority opinion. Acid Brass also begins with an invitation, in this case by Deller to the Williams Fairey Band, a brass ensemble based in Stockport, south of Manchester, England. Deller asked the group to perform acid house dance songs just as they would more traditional compositions for a brass instrument band. Effectively, Deller and the Williams Fairey Band invented a genre that the band would continue to pursue. It has since gone on to tour local and international rock/pop festivals and record a single with the acid house group KLF.

Both Acid Brass and Most Wanted are participatory, but with distinct results. The Most Wanted project sets in motion a conceptual system that ends with a productâ€”paintingsâ€”but avoids any relational dialogue between the artists and the surveyed audience. Dellerâ€™s Acid Brass project, in contrast, pairs separate interests in a shared venture that leads to the development of a distinct musical idiom. Invoking this spirit Dedicated to you, but you werenâ€™t listening explores the unscripted (and possibly unforeseen) outcomes that might result from a request to help make an artwork. For Searching for the centre of a piece of A4 paper (2002), for example, Jonathan Monk asked two of his commercial dealers to pinpoint, without measuring, the centre of a sheet of office paper. Animating their repeated attempts, Monk projects the results against one another to form a curious dance of two subjective and competing ideas. In a similar fashion, the Toronto artist Derek Sullivanâ€™s Endless Kiosk (2005) recreates Constantin Brancusiâ€™s Endless Column as a site for commercial advertising. Brancusi imagined his column as a modular structure that could potentially grow to monumental height. Sullivan invites visitors to the Power Plant to use his variation as a site for posters, paper and advertisements. The gallery will provide adhesive for visitors to glue on contributions, with the proviso that the first-come first-served policy might mean that original images are covered by those that follow. In principle Sullivanâ€™s kiosk will grow endlessly in girth to complement the possibility of its endless height.

The Mirrored Catalogue dâ€˜Oiseaux (2002/03), by Scottish artist Dave Allen, grows from the artistâ€™s interest in the French composer Olivier Messiaen (1908-1992). In 1959 Messiaen composed the â€œCatalogue dâ€˜Oiseauxâ€; thirteen pieces for solo piano based on his interpretation of natural birdsong. Each of the thirteen pieces deals with a specific bird, along with other birds found in the same area. Messiaen would compose in the birdsâ€™ natural habitatâ€”fields, meadows etc., writing his notation as he listened. As Allen states, â€œin the work, I reverse/mirror this process of direct composition by playing back Messiaen through a stereo to an aviary housing birds (either mockingbirds or starlings), who are adept at mimicry. In theory the birds will tonally mimic Messiaenâ€™s interpretation of birdsong and process of composition: Messiaen mimics the birds, and the birds mimic him mimicking the birds, returning the composition, in a modified form, to the â€˜naturalâ€™.â€

Other artists in Dedicated to you, but you werenâ€™t listening extend and elaborate this theme of transformation, exploring a wide variety of means to put their authorial voice at risk. Assembled together, works by fourteen artists from Canada, the United States, Puerto Rico, Mexico and Europe construct a site that is mutable and invitational.

Starlings for Dave Allenâ€™s work provided courtesy of the Toronto Zoo. Special thanks to Mark and Suzanne Cohon, Jay Allen Smith and Laura Rapp, the British Council, and Hal Jackman Foundation for their generous support of this exhibition.

Located at 323 Palmerston Boulevard (North of College Street)
Running from 7to 23 April, 2005

Kelly Markâ€™s Glow House #3 is a project set in a Toronto residence, a typical detached urban house, where a number of television sets have been distributed throughout the interior. All the televisions are tuned to the same channel, and when the house is viewed from the street at night, the effect of each small flicker of light from every CRT is compounded, together becoming a vivid â€œpulseâ€ of light emanating from its windows. As the television program scenes change, the windows flash in sync, and the pronounced hypnotic effect grows with the sensation that the house interior may be filled not with many lights but with one large, palpitating source.

Markâ€™s ambitious installation is characteristic of her works in a variety of media that employ commonplace items in subtle, imaginative acts of redisplay. The compelling effect of many of the artistâ€™s projects grows from her continuing fascination with and attention to the mundane and overlooked. In a series based on Letraset, for example, she uses the plastic sheets of typefaces from this now-obsolete lettering system to create abstract drawings. Notable for their formal elegance, these works have additional significance because of their dated and arcane material associations.

Another instance of the artistâ€™s engagement with the everyday is her series of video â€œcollaborationsâ€ with her cat. In one, Mark plays an assortment of pop and rock songs by musicians from Black Sabbath to Beckâ€”loudlyâ€”on speakers next to her sleeping feline. Generally the animal registers little interest or reaction, rendering temporarily absurd the idea that popular music heard at high volume must have an energizing effect. In another series, Mark offers the cat an array of items to sniff, which it does with limited enthusiasm before going back to sleep.

Typified in these pieces, Markâ€™s humour enhances her ongoing reflection on the ordinary, the habitual. Her inventive recontextualization of a wide range of everyday objects and situations rekindles our perception of what usually melds into the background or goes unnoticed at the periphery of our awareness.

Glow House was originally presented for one night in Winnipeg as part of the exhibition Something to Do in between Not Doing Anything (2001) at Plug In ICA. Glow House #2 was staged for one week as an off-site project for IKON Gallery, Birmingham, U.K. in 2003. The Power Plant is pleased to present Glow House #3 in conjunction with the 18th annual Images Festival, 7-16 April and YYZ Artistsâ€™ Outlet, which will feature an exhibition of Markâ€™s work, horror/suspense/romance/porn/kung-fu, 8 April â€“ 21 May.

Kelly Mark was born in Welland, Ontario in 1967. She received a B.F.A. from the Nova Scotia College of Art and Design in Halifax in 1994. Mark has exhibited extensively across Canada in commercial galleries, public museums, universities, artist-run spaces and other alternative venues. She has exhibited recent solo projects at Wynick-Tuck Gallery, Toronto (2003 and 2005), Tracey Lawrence Gallery, Vancouver (2004), IKON Gallery, Birmingham, U.K. (2003), and the Art Gallery of Windsor (2003). Her work has been included in exhibitions at CAC de Basse-Normandie, St-Clair, France; Middlesbrough Institute of Modern Art, Middlesbrough, U.K.; and in the 11th Biennal of Sydney at the Art Gallery of New South Wales, Sydney, Australia.

Special thanks to Geoff Beattie and Paul Conway for their generous support of the exhibition.