3': Ten international film and video artists were commissioned to produce one three-minute contribution each, telling a condensed story. In content as well as technically, these films present models of perception through montage, fragmentation and poetic intensification. Point of view: this anthology consists of 11 DVDs in which each important contemporary artists creates a piece and a series of interviews. Contemporary the show of Christian Jankowski where he has explored the way the visual media are used in entertainment: a retrospective and 12 videos 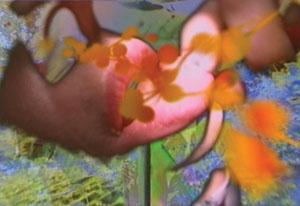 The intensification of information is omnipresent in todayâ€™s society, from music clips to news tickers this phenomenon confronts us daily in the age of digitalisation. The consequence is that our attention span and ability to concentrate have changed completely. The visual arts are beginning to reflect this development and have found a genuine platform in the short film.
The narrative and emotional qualities of this genre â€“characterised by a concentration on the essential, an intensification of emotion and a conciseness of plotâ€“ are fascinating. Brevity is used to achieve an extreme condensation, push an idea to the edge or make a keen point.
Ten international film and video artists were commissioned by the Schirn Kunsthalle Frankfurt to produce one three-minute contribution each, telling a condensed story. In content as well as technically, these films present new perspectives on the concentration of content and models of perception through montage, fragmentation, poetic intensification and the emotionalisation of the viewer.
Consequently, the screening of ten three-minute films in loop becomes an exhibition condensed in thirty minutes. This form of presentation is also a reaction to the widespread practice of confronting exhibition visitors with an overabundance of film and video works in the form of scattered media islands, which often leaves behind a feeling of visual overstimulation.

Point of View is a project which was carried out in 2003 by the New Museum of Contemporary Art in New York, whose aim was to render accessible to the public the work of some of the most important contemporary artists in the field of video art.
This anthology consists of eleven DVDs in which each artist creates a piece using the possibilities of this medium. Alongside the videos, the project contains a series of interviews with the artists held by Dan Cameron, curator of the New Museum, Hans Ulrich Obrist, curator of the MusÃ©e dâ€™Art Moderne de la Ville de Paris and Richard Meyer, professor of the University of California.

Since studying at the Kunstakademie in Hamburg, Christian Jankowski (1968, GÃ¶ttingen, Germany) has explored the way the visual media are used in entertainment. In his work he swaps the roles of the art world and the mass media to establish a relationship between meaning and content. The most surprising part of his exhibition in the Centro Galego de Arte ContemporÃ¡nea is the karaoke bar installed in the basement, entitled The Day We Met (2003), in which visitors can choose their favourite song from a selection of thousands of titles and sing live on a small stage next to a screen showing the video and the lyrics. With no prior rehearsal, Christian Jankowski plays the main part and is accompanied by professional Korean actresses. The musical video No One Better than You(2004), made for Fangoria, is also based on the idea of swapping roles: while what we hear is unmistakably the voice of Alaska â€“ the red-haired singer of Fangoria â€“ the image we see is that of the blond singer Marta SÃ¡nchez. Ebbe in der Freiheit (Ebbe in Freedom, 1993) is a performance by two revival Abba groups, and Letâ€™s Get Physical/Digital (1993) is a web chat between Jankowski and his girlfriend Una, whose role is played by different people chosen electronically in Sweden. From 1st April the public will have the chance to view other videos by the artist which will be shown looped and grouped into three thematic areas. The first looks at the transformation of the protagonists of the art system (artist, curator and audience); the second addresses the infiltration of art-related issues in popular television, and the third brings out the relationship between art and cinema. The projection of these twelve videos make this CGAC exhibition Christian Jankowskiâ€™s biggest retrospective.

Image: Pipilotti Rist: I Want to See How you See