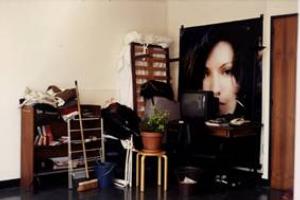 The Galeria Pedro Oliveira is presenting the exhibition GPO31031405. This is curated by Miguel Amado and exhibits the work of fifteen young artists. This project represents support for the divulging of some of the emerging tendencies in Portuguese contemporary art, as the career of most of these authors is still at an initial phase of critical, institutional and public recognition. Inviting Miguel Amado, a curator from outside the Galeria Pedro Oliveira, has guaranteed a gaze on current creation that is not compromised by the commercial demands inherent to gallery programming, and consequently a rare attitude of experiment in the commercial sector.
In Miguel Amadoâ€™s words, â€œGPO31031405 is inspired in the logic and processes underlying the GPS device, as that it intends to act as a guide or to facilitate location in a given territory, with that place, in this case, being todayâ€™s Portuguese art scene. Thus the title of the project evokes map coordinates, forming a metaphor for the event. It refers to the Galeria Pedro Oliveira and to the dates of the exhibition itself, suggesting that in this place and over this time period there is the bringing together of works carried out in several different media, with numerous conceptual and formal concerns and based on different ethical and aesthetic stances, all of which draw up an overview of new artistic production.â€

For more information please contact Nuno Lapa through the contacts of the Galeria Pedro Oliveira.