60 years later? Sector Panzerhalle â€“ 10 Years Atelierhaus. Particular artists who worked in the last 10 years in the Atelierhaus or who participated as guests on exhibition projects, were invited to create art works touching on the above theme and taking account of history and the future. 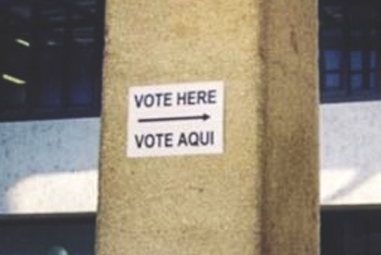 In 1945 the Potsdamer Agreement regulated the demiliterisation and the territorial division of Germany after the second world war. Germany was freed from Hitler-faschism and occupied by the four allied powers that divided it into 4 zones. Berlin was divided into 4 sectors. Despite the divisions Germany was to be unifiedly governed. This unity collapsed with the East-West-Conflict this unity collapsed and sector borders became state borders. Part of the West-Berlin sector border was then guarded from the military barracks of the present â€šWaldsiedlungâ€™.

Fifty years after the signing of the agreement, in 1995 â€“ though rather less spectacularly - the Atelierhaus Panzerhalle came into being on the site of the former barracks, a sector that should serve as a place for artistic creation and presentation. In this artistic microkosmos the individual and collective artistic models were practised, transforming the process of history and contemporary zivilisation and culture. Here for the first time after unification artists met from Brandenburg and Berlin and sought a critical dialogue with another. The Atelierhaus is situated on the area of the former barracks â€˜Waldsiedlungâ€™. Originally built in 1937 this military architecture was part of the national socialistâ€™s apparatus of war, after 1945 it was used by the army of the Soviet Union and then by the National Volks Army of the GDR.

Particular artists who worked in the last 10 years in the Atelierhaus or who participated as guests on exhibition projects, were invited to create art works touching on the above theme and taking account of history and the future.

The art works could encompass the wider historical context of capitulation, occupation or the reorganisation of Germany, (power, aggression, destruction, devastation, national division, helplessness, separation, alienation, zones/sectors, regeneration) and/or: The aforesaid themes at a personal level mirrored in the microcosm of the Atelierhaus Panzerhalle, (the barracks at the time of the Weimar Republic, during National Socialism, SBZ â€“Soviet Occupied Zone, the time of the GDR, reunification, the Atelierhaus today).