Exhibition of Hawaii Artists. The Biennial is not a broad survey or overview of contemporary art activity in the state, but rather a selected sampling of some of the best recent work by Hawaii's artists. Each artist is provided with a specific gallery space and is able to display a body of work or to develop a piece in which the contents of the gallery comprise a single work or installation. Collectively, the seven artists represent the remarkable range of contemporary expression. 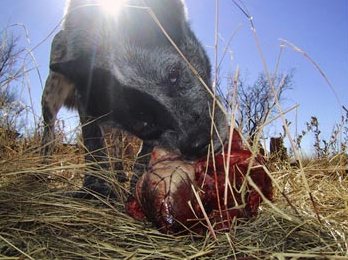 The Contemporary Museum Biennial Exhibition of Hawaiâ€˜i Artists curated by Allison Wong, Associate Curator/Curator, The Contemporary Museum at First Hawaiian Center has become a major event in the contemporary art life of the state. Now in itâ€™s seventh run, it was originally conceived to complement, as well as to provide an alternative, to the large juried exhibitions which take place annually in Honolulu and on the neighbor islands. The Biennial is not a broad survey or overview of contemporary art activity in the state, but rather a selected sampling of some of the best recent work by Hawaiâ€˜i artists. The Biennial exhibitions are intended to promote a wider awareness in Hawaiâ€˜i, and through the accompanying publications, on the mainland and abroad, of the significant achievements of Hawaiiâ€™s artists.

Each artist is provided with a specific gallery space and is able to display a body of work or to develop a piece in which the contents of the gallery comprise a single work or installation. Collectively, the seven artists represent the remarkable range of contemporary expression in Hawaiâ€˜i, the diversity of viewpoints, ideas, styles, media and techniques which are flourishing in a place located far from other centers of contemporary art. Drawing from personal experiences, from living in Hawaiâ€˜i, and from the world at large, each artistâ€™s work is unique and valuable, not only to Hawaiâ€˜i, but to the global art community as well.

Charles Cohan is a printmakerâ€™s printmaker, precise and passionate in his exploration of a broad range of visual experience arising from the intimate interface between matrix and paper. Cohanâ€™s prints are both cerebral and visceral, combining an analytic dimension--attuned to the mastery of complex processes--and a strong sensorial aspect that speaks not only of the experiential pleasures of those processes but of the visual, even tactile, richness that emerges from them. The sequential nature of print process, and the potential for the process to create its own cumulative history through separate recorded states of an image, has contributed to the foundation for Cohanâ€™s ongoing interest in working in series, slowly developed in the last ten years, and now reflected in current groupings including Terminal Diagrams, Peaks, and Hortus.

In 2001, three weeks after 9/11, Sergio Goes decided to move back to Honolulu and chose to drive across America from New York to Los Angeles, documenting the people and places he saw along the way. The result is a portrait of the country titled God Bless America: ATM Inside. This exhibition presents a selection of color photographs along with a DVD of interviews telling a story about the people and cultures of America. Originally from Brazil, Sergio Goes began his career as a professional photographer. He is the founder of Cinema Paradise, a non-profit organization that produces an annual film festival in Honolulu and promotes creative expression through the medium of film in Hawaiâ€˜i.

Jacqueline Rush Lee finds herself drawn to materials, textures, colors and forms found in her environment. For the Biennial she has created a large installation entitled Epic which uses a technique developed by the artist called impresco, a process in which Lee uses old books and imprints the covers into gypsum cement. The flocking and dye from the covers are absorbed and imbedded in the gypsum cement, leaving behind a very painterly surface as well as documenting the history of the individual who might have owned the book. Born in Northern Ireland, Lee received her Bachelor of Fine Arts in Ceramics in 1997 and her Master of Fine Arts in 2000 from the University of Hawaiâ€˜i at Manoa.

Claudia Johnson a fiber artist known for her painstaking and dexturous arrangements of strawberry guava branches, shower tree twigs or catsclaw vines, Johnson manipulates these fibers into new organic sculptural forms.
Claudia Johnson received her Bachelor of Arts in Creative Arts and her Master of Arts in Sculpture and Fiber from San Francisco State University. She resides on Maui and is a studio Artist and Project Manager at Art Farm, a 40-acre sculpture park and visiting artist residency program. She was an invited solo artist for the Artists of Hawaii 1999 exhibition at the Honolulu Academy of Arts.

The work of painter Michael Marshall often involves a complex kind of weighing and measuring, intuitive rather than calculated, in which a reading of and response to what is already visible on the surface of the work leads to a series of subtle adjustments in realizing what is possible as a next step. The frame of reference may be defined entirely by the working surface and the interaction of the marks upon it, or may on occasion expand to bring into play additional responses to other stimuli, including the natural environment. While Marshall is part of a lineage of expressive abstraction that forms the backbone of art of the last century, he has risen to the challenge of developing his own distinct visual language within that tradition.

Wood sculptor Michael Lee is, both literally and figuratively, totally immersed in the best of island lifeâ€“-with strong connections to family, to culture, to the natural environmentâ€“-and it is those connections that provide continuing inspiration for Lee and his work. To create his small-scale wood sculptures Lee begins with an image in his mind and then works through a combination of curves and surface textures to transform the image into physical reality tinged with a sense of surrealism. Inspired by objects and animals found in nature, such as shells, stones, nests and sea life, he builds his pieces through traditional turning on a lathe, then spends numerous hours carving layers of surface treatments while striving to emphasize the complex tactile qualities of each work.

Sculptor Christopher Reiner has developed the concept of â€œObtainium,â€ a new addition to the lexicon of art. Though the term might seem to suggest some newly-discovered space-age metal, this actually refers to â€œ...found objects, rejected history...to be ever entombed in human unwant. I am inspired by their potential stories and moved by their beauty. They become a homogenized whole, bringing their own bits of history to each piece, a wise seasoned whole.â€