Young America: the daguerreotypes of Southworth & Hawes, an extensive exhibition of over 150 works that include self-portraits and landscape views, as well as experimental works. The Open Book: a history of the photographic book from 1878 to present, 200 of the most significant examples of the genre from such artists as El Lissitzky, Henri Cartier-Bresson and many others. Forget Me Not: photography and remembrance, approximately 75 such objects, extraordinary works of art created by ordinary people 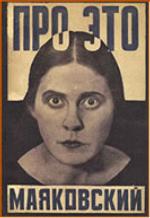 Widely acknowledged as the finest masters of the daguerreotype, the Boston partnership of Albert Sands Southworth (1811-1894) and Josiah Johnson Hawes (1808-1901) flourished from 1845 to 1862. During this period they photographed many of the leading figures of the day, including Daniel Webster, Ralph Waldo Emerson, Henry Wadsworth Longfellow, Jenny Lind, and William Lloyd Garrison. Although their business centered on portraiture, Southworth & Hawes recognized in photography a vivid new pictorial language of art and communication that captured the optimistic culture and independent spirit of antebellum America. Photographic historians have long acclaimed the daguerreotypes of Southworth & Hawes for the uncommon naturalistic style, attention to detail, and aesthetic quality of their portraits, but recent researches and discoveries have radically transformed our perceptions of their work. This extensive exhibition of over 150 works will include self-portraits and landscape views, as well as experimental works, such as a view of clouds in the sky, an image many thought was impossible because of the slow exposure time of the daguerreotype.


THE OPEN BOOK: A HISTORY OF THE PHOTOGRAPHIC BOOK FROM 1878 TO THE PRESENT

A unique art form in their own right, photography books have played a major role within the photographic tradition almost since photographs were first taken. The Open Book will showcase the art of the photography book from the late nineteenth century to the present day, displaying 200 of the most significant examples of the genre from such artists as El Lissitzky, Henri Cartier-Bresson, Walker Evans, Daido Moriyama, Robert Frank, and Larry Clark.


FORGET ME NOT: PHOTOGRAPHY AND REMEMBRANCE

Since its invention, photography has been inextricably bound up with remembrance. Photographs recall family, beloved friends, special moments, trips, and other events, speaking across time and place to create an emotional bond between subject and viewer. Forget Me Not focuses on this relationship between photography and memory, and explores the curious practice of strengthening the emotional appeal of photographs by embellishing them -with text, paint, frames, embroidery, fabric, string, hair, flowers, cigar wrappers, butterfly wings, and more- to create strange and often beautiful hybrid objects. This exhibition will feature approximately seventy-five such objects, extraordinary works of art created by ordinary people. Forget Me Not was curated by Geoffrey Batchen, Professor of the History of Photography at the Graduate Center, CUNY, and will be accompanied by a lavishly illustrated catalogue published by the Van Gogh Museum, Amsterdam, and the Princeton Architectural Press.