Several possible explorations of sound in space and in art through three different forms or supports: in a visual arts context, in a music context and through writing. The first aspect of the project takes place simultaneously in three galleries. The second is a night of sound and music performances. The last facet takes a written format in a Sound Art issue of Resonance Magazine. Two radio programs will introduce the artists' work and broadcast a discussion around the issue of presentation and reception of sound art. 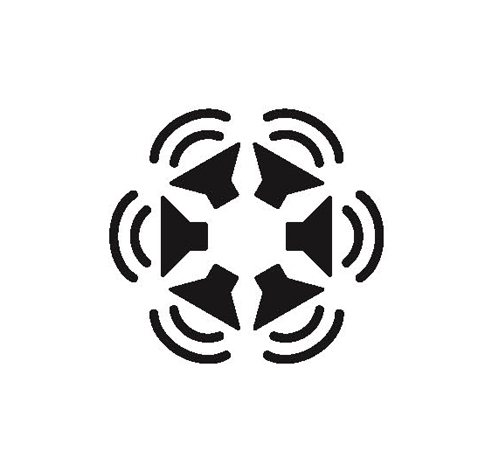 SIX SITES FOR SOUND involves several possible explorations of sound in space and in art through three different forms or supports: in a visual arts context, in a music context and through writing. The first aspect of the project takes place simultaneously in three galleries in the East End, and present new works by British artist Jem Finer and New York based sound artists Keiko Uenishi aka o.blaat and Michael J. Schumacher.

Alma Enterprises presents Slowplayer, an installation by Jem Finer that interrelates sound, sculpture and film. At extreme slow speed the spin of a record player is reduced to a glacial crawl, the record to seismic rumbling. The record player becomes an object of contemplation, a meditation on the passing of time, gathering dust, entropic. The six-hour duration of each record is reconstructed through time lapse into a film the length of the original duration, assembled in real time, and projected against the wall.

MOT presents a new installation by Michael J. Schumacher. Room Piece London 2005 fills the space with sounds that are customized for the room by creating an installation that matches the acoustical and architectural properties of the space. The piece entitled Room Piece London 2005 is created in real time by computer algorithm, never repeating. The sounds are constantly recontextualized by their placement within a texture of other sounds thus mask, reinforce and filter other sounds in a continuous perceptual shifting of the sonic elements.

At Fortescue Avenue, o.blaatâ€™s Aboard: fillip2 is a site-specific installation piece created for a cargo container located in the galleryâ€™s backyard. Aboard: fillip2 combines performance, sculpture and light. A 5 feet long light bulb flickers on and off with no regular pattern, commanded by a computer from which sound is generated. The room can be totally dark for 5-10 seconds. The sound that fills the room is actually subtle, restrained and minimal. It is impossible to tell if the light is controlling the sound or the vice versa.

Visitors can follow the thread of sound around Londonâ€™s East end, starting a sonic journey at any of the three galleries. A tour has been organized for Saturday 9 July.

The second aspect of the project is a night of sound and music performances on Friday 01 July at Tate Britain, as part of the Late at Tate series. Featuring Dawn Scarfe and Jem Finer, Brandon LaBelle, Mathias Gmachl, o.blaat and Michael J Schumacher, expect a range of performances in a variety of Tate Britain galleries.

Two radio programs on Londonâ€™s radio art station Resonance104.4FM (www.resonancefm.com) will introduce the artistsâ€™ work and broadcast a discussion around the issue of presentation and reception of sound art.

A guided tour led by Jem Finer will take place on Saturday 9 July: meeting point at Alma Enterprises on 1 Vyner St at 12.30pm.