America. The images speak of ordinary people with ample homes and how they helped give a new definition of 'American' and 'freedom' in the context of a burgeoning suburban culture. The show consists of photographs from the bodies of work 'Suburbia', 'Working (I do it for the money)', 'Our kind of people and Leisure' and works from the late 60s in which the artist documented youth culture in events such as political demonstrations, riots and rock festivals. 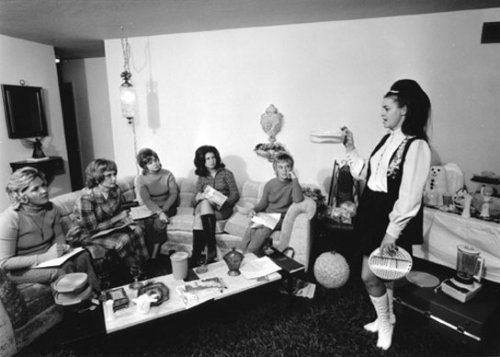 James Cohan Gallery is proud to present our first solo exhibition by California-based artist Bill Owens. â€œBill Owens: America,â€ opening on July 5th and running through September 24, will consist of photographs from the four bodies of work for which he is best known, Suburbia, Working (I do it for the money), Our kind of people and Leisure. Previously unpublished works from the late 60s will also be on view, in which the artist documented youth culture in events such as political demonstrations, riots and rock festivals. Owens photographs are chronicles of the lives of middle-class Americans. This body of work, spanning from the late 60s to the mid 80s, is a compilation of social documents about a manâ€™s search to define a new idea of the American Dream. Prior to taking a job as the staff photographer of the Livermore Independent Newspaper in 1968, Owens traveled extensively outside of the United States. Upon his return - - and in his role as a newspaper photographer - - the once familiar became fascinating to Owens. His anthropological view of the everyday became a rich source of inspiration. Owens entered the homes of neighbors, friends and family members and engaged with them, studying their psychological edge and eventually capturing their â€œAmericannessâ€ through his camera lens. The resulting images speak of ordinary people with ample homes, garages, white picket fences, lawns, freeways, and how they helped give a new definition of â€œAmericanâ€ and â€œfreedomâ€ in the context of a burgeoning suburban culture. Bill Owens was born in San Jose, California, on September 25, 1938 and currently lives and works in Hayward, California. He received a B.A. in Industrial Arts from the California State University in Chico, California, in 1963 and entered the San Francisco State College in 1966 to study photography. His images have been widely reproduced in book form and in such publications as Rolling Stone, Bomb, Esquire and Newsweek. His work is included in the collections of the Museum of Modern Art in New York, the San Francisco Museum of Modern Art, Los Angeles County Art Museum, the Museum of Modern Art in Stockholm, and Harvard University in Cambridge, MA, among others. A retrospective of Owensâ€™ work was organized by the San Jose Museum of Art in 2000.