More than 40 pieces mostly dating from the 1960s: a great symphony of moving light 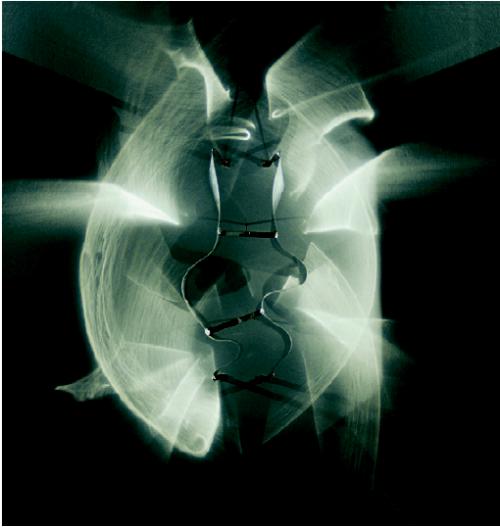 Le Parc LumiÃ¨re focuses on one of the most important aspects of the artist's work - his preoccupation with changing light. The more than forty pieces, mostly dating from the 1960s, unite to form one great symphony of moving light.

Julio Le Parc (born 1928) moved in 1958 from Argentina to Paris, where he is still based. The political and social upheavals of the 1960s provided a fertile soil in which to develop a wide-ranging oeuvre that gradually brought Le Parc international recognition, as reflected in the prize awarded him at the 1966 Venice Biennale.

Along with his fellow members of the Groupe de Recherche d'Art Visuel (GRAV), Le Parc broke radically in the 1960s with artistic convention, rejecting static images in favor of a dynamism that placed works of art in a constant state of flux, eliminating the possibility of fixed viewpoints. The animated play of light in his pieces transforms space, continually recreating and destroying it and making the viewer an integral part of a total work of art. The material substance of his various apparatuses and machines is transposed elegantly and completely onto an immaterial plane. The artist establishes a set of basic conditions, but the overlappings and other features of the light phenomena are the result of chance. This aleatoric approach generates ever new and surprising constellations that can never be grasped in their entirety. Experiencing these fleeting light happenings encourages us to reflect on the unstable nature of reality and on the irregular course of life itself, with its multifaceted chopping and changing.

Le Parc's kinetic works resist interpretation in specific terms. That is the artist's intention. In a world in which everything and everyone is organized - and that is no less the case in the supposedly free realm of art - Le Parc offers a way out of our regimented existence, liberating viewers from their state of dependence by allowing them to become essential components of a total light experience. Seeking to grant a greater measure of self-determination to his viewer-participants, Le Parc would be the last to impose a particular view on them: ''What matters is what people see, not what someone says about it.'' The profoundly human character, and the political dimension, of his work lie in this rigorous eschewal of absolute claims. This is a free and democratic art, full of respect for humanity, anti-authoritarian, and averse to the cult of genius. Le Parc has expressed these attitudes in his numerous political and artistic manifestos.

Yet Le Parc is also a unique magician with irresistible powers. Cheerfully and with a light hand, he transports us to a kaleidoscopic universe of flickering, shimmering, dancing, leaping, and swaying light, a realm of overwhelming elegance and beauty that exerts a hypnotic fascination. In Le Parc's enchanted garden of light we become children again, absorbed in our games and oblivious to the rest of the world.

Le Parc LumiÃ¨re focuses on one of the most important aspects of the artist's work - his preoccupation with changing light. The more than forty pieces, mostly dating from the 1960s, unite to form one great symphony of moving light. He has fashioned virtually a new work from a series of existing items, a work whose topicality and freshness testify vividly to the artist's unbroken vitality.