Rossella Bellusci causes crises in normal vision in order to produce other states of vision, a technique that distinguishes her from other photographers. Sergio Ragalzi represents a modified and altered humanity where the nuclear age and genetic engineering have gone awry. Giovanni Manfredini's paintings are made by impressing the human body against a surface that has been covered with various layers of soot. 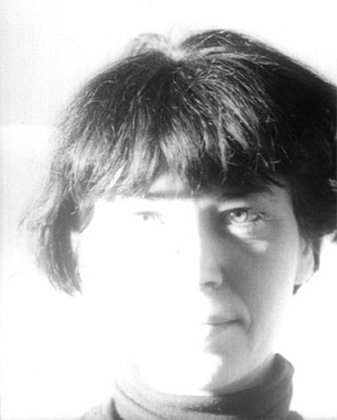 Barbara Behan Contemporary Art is pleased to present works by Sergio Ragalzi, Rossella Bellusci and Giovanni Manfredini in altered states of selfhood where each artist explores our struggle with identity and identification.

Many years after her experiences in the streets as a reporter, Rossella Bellusci (b. 1947, Calabria) has returned to an idea that has always obsessed her, that excessive light changes the perception of reality. The eyes, stimulated by light, invent another reality where objects lose their identity. Bellusci causes crises in normal vision in order to produce other states of vision, a technique that distinguishes her from other photographers. People in the Street is the result of the artistâ€™s everyday experience with harsh sunlight while growing up in Calabria. The characters seen are not invented. They become passers-by, incidental to the artistsâ€™ direct confrontation with the sun. The photographs are mute and anonymous, originating from the silence of Bellusciâ€™s Calabria. Rosella Bellusciâ€™s work is found at Centre Georges Pompidou Musee National dâ€™Art Moderne, Paris; Bibliotheque Nationale de France; Museum of Modern Art, New York City; Ecole Nationale Superieur des Beaux â€“Arts, Paris; Picker Art Gallery Colgate University, New York; Maison Europeene de la Photographie, Paris; Galerie Nationale du Jeu de Paume, Paris.

Sergio Ragalzi (b. 1951, Turin) preceded the Post Human strain of contemporary art as defined by Jeffrey Deitch in the late 1990s. Ragalzi represents a modified and altered humanity where the nuclear age and genetic engineering have gone awry. Yet, within this disenchanted vision there is an underlying irony in his works and even a form of joy â€“ a juxtaposition that is a familiar trait in Ragalziâ€™s work. Ragalzi works in a â€˜de-evolutionary senseâ€™ as his subjects are reduced to their most basic form â€“ insects, larvae, embryos and viruses. The developed human figure (Baby) rarely features in Ragalziâ€™s work and in Baby-Scimmia the humanâ€™s place has been given over to the monkey. Some of his works on paper place the embryonic form serenely at the centre of a cyclical and vast cosmos, represented by black. Ragalzi subscribes to Alberto Boattoâ€™s ideas about black as â€œan initial term, an origin, a source.â€ These works place him alongside Sironiâ€™s late work, Manzoniâ€™s Catrami, Crippaâ€™s Spiralli, Burriâ€™s Plastiche and early Kounnellis. Sergio Ragalzi has exhibited at major museums in Europe including Lâ€™Attico, Rome and Kunstverein, Vienna and Hanover.

The works by Giovanni Manfredini (b. 1963, Modena) are part of a cycle of images begun in 1995 under the general title of Trying to Exist. These â€˜paintingsâ€™ are made by impressing the human body against a surface that has been painstakingly covered with various layers of soot, then treated pictorially through his use of chiaroscuro. Manfredini explores the body in all its depth and contradictions, defining it in terms of struggle over harmony and calm. Manfrediniâ€™s style is not overtly expressionistic rather he stretches his image out, his body fragmented into parts, quite literally melting into his materials. His technique is entirely original, constituting a ritual experience that involves a defiant interruption in the flow of everyday existence. By transferring the body into the sphere of painting, it is extricated from the perishable realm of matter and the flesh. Selected exhibitions by Giovanni Manfredini include Mimimalia, PS1, New York; The Opening, S.M.A.K Stedelijk Museum, Ghent; Museum der Stadt Waiblingen, Stuttgart; Institut Mathildenhohe, Darmstadt; MART, Trento; GAM Bologna.