The IX Baltic Triennial of International Art aims to discuss the links between authorized and forbidden economic exchange and with that the interventions between marginalized and 'official' fields. The main exhibition will take place the Contemporary Art Centre in Vilnius while a second exhibition parallel in time will be presented in the Institute of Contemporary Art in London. The project will invite around 50 artists from more than 15 countries. The Triennial includes different formats and sites of presentations: exhibition, artistic interventions in the city as well as screenings of artists' films 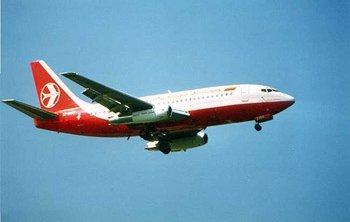 The 9th Baltic Triennial of International Art will be entitled â€œBMWâ€. Highly profitable black markets not only - paradoxically - emerge within the economy as a result of enforcing strict sanctions in trade politics but are also the shadowy underside of legal economics and in this sense constitutive for the â€œofficialâ€ economic system. The Triennial intends to explore artistic practices referring to the topic of the project. It aims to discuss the links between authorized and forbidden economic exchange and with that the interventions between marginalized and â€œofficialâ€ fields. The structure of the Triennial adapts to the model of double structures. The main exhibition will take place the Contemporary Art Centre (CAC) in Vilnius while a second exhibition parallel in time will be presented in the Institute of Contemporary Art (ICA) in London and will correspond with that in Vilnius. The project will invite around 50 artists from more than 15 countries. In order to open up a new field of discussions about the topic, artists or collaborations of artists are encouraged to produce site-specific work for both of the exhibition venues, which shall enter dialogue and offer different perspectives on the phenomenon of black markets. The Triennial includes different formats and sites of presentations: Exhibition of art works, artistic interventions in the city of Vilnius as well as screenings of artistsâ€™ films in CACâ€™s own TV program (broadcasted on TV1 television channel in Lithuania). Debates, lectures and a seminar as well as a printed publication accompany the exhibition and will provide further background information and theoretical discussions about the artistic practices and the topic of the Triennial.

The Earth powers are back to the CAC. Ask Artūras Raila for a map. (Vilnius)

The Baltic alpinists have been shot by Bruno Serralongue, but everyone survived. (Paris)

Cara Tolmie is the best friend of the DJ Jimi Lopez. (Glasgow)

Daniel Bozhkovâ€™s new manly fragrance, Eau dâ€™Ernesto, soon at a door next to you in Vilnius! (Colchester)

At night, David KÃ¼enzi drives in a flash bumping at peculiar exchanges. (Palermo)

Deimantas Narkevičius knows if the Matrioshkas were twins from the beginning. (Vilnius)

Deric Carner was not on the list. (Paris / Rotterdam)

Emily Cullman tells you why she chose to be an artist. She sounds like somebody else. (Los Angeles)
Gabriel Lester found it on Google. (Groningen)

Do you like the new outfit of Gintaras Makarevičius? (Vilnius)

Hinrich Sachs wants you at the cannibal gala at http://www.secondlife.com. (Abidjan)

Ion Grigorescu saw them from underneath the covers. (Bucharest)

Jean-FranÃ§ois Moriceau & Petra Mrzyk, astounding drawing machines that are faster, stronger, and smaller than ever before! (Paris)

Joachim Koester stayed in the Room of Nightmares. (Copenhagen/New York)

Find the buried sculpture of Joe Scanlan, and go to London with the ghosts. (New Haven)

The wild boars of Juozas Laivys can open any door. (Vilnius)

While the dog of Kristina Inčiūraitė didnâ€™t bark at you, it read your mind and passed those thoughts along. (Vilnius)

Kyle McCallum said he published a magazine, but no one could find it. (Glasgow)

Laura Stasiulytė was at your party, but you didnâ€˜t notice. Donâ€˜t sleep in the kitchen anymore! (Vilnius)

Loris GrÃ©aud traps us in the wiretap. (Paris)

Mariana Castillo Deball goes on with micro narratives as possible covers for an open-ended life. (Tlacotalpan)

To discuss if Robert Barryâ€™s secret is still alive, Mario Garcia Torres convenes a class reunion at NASCAD, up North in the Western Hemisphere. (Los Angeles)

Matthieu Laurette gets Hollywood stars to call you! Are you on the list? (Paris)

Melvin Moti kissed Katie King back from hell and begged for a new appearance. (Rotterdam)

The car of Mindaugas LukoÅ¡aitis was left in front of the CAC. Who drew its tail? (Vilnius)

We lost Rene Gabri in Ultimiere. Try to get there. (Tehran)

A collection of deadly devices was attributed to Teresa Margolles. (Mexico City)

Vidya Gastaldon provides eggs and cloud-like ghosts from somewhere, something spiritual and occult in Switzerland. (Geneva)

Everybody was speaking about this flight yesterday night, at the opening of the Lyon Biennial. And, well, here I was: waiting for it at the airport. On my way to Istanbul. With the entire company of contemporary art jet setters. Great. As soon as I sat down in the plane, Judith Schwarzbart, near the window, dressed in pink and excited, asked me if I received the call, this call from this great actor, from the TV series, The Incredible Hulk. Then the guy on my right started nodding, pretending that Lou Ferrigno did call him from LA, just 30 minutes ago, and invited him to the Baltic Triennial, a filtered Hollywood art phone call concept by Matthieu Laurette. And Judith was now screaming "Hulk's gonna be in Vilnius".

Jealous, I was checking my messages when the Turkish hostess spoke as if she was the Vilnius' mayor or a big star: she was celebrating the inauguration of the Baltic Triennial, as Gabriel Lester asked her to do so.

I felt quite uneasy: what's going on man? Is this flight a schizophrenic joke? Is Vilnius the final destination? I was about to ask the pink fan of the TV green monster. But she was now sleeping for good, like almost everyone in this scary plane for zombies. Actually, listening to the music in the headphones, a very loud sound to be precise, nothing to do with the usual cheesy jazzy music, I started to feel tired too. I recognised the hypnotic piece signed by Loris Greaud, the French artist. Before I slept, I drank some grey Champagne, served fresh for the Baltic air party, kind of black market situation on board. This was the second opening of the IX Baltic Triennial, see you in Vilnius 23rd of September for more.