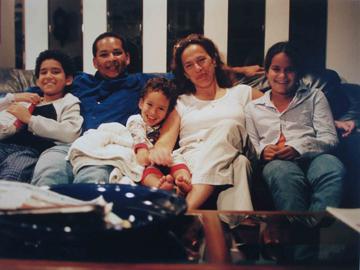 Dawoud Bey, Nikki S. Lee, Chris Verene, Shari Rothfarb Mekonen and Avishai Mekonen look at contemporary American Jewishness across racial, ethnic, and geographic borders. Their works embrace a variety of aesthetic and narrative approaches in visualizing the experiences of being a Jew of Asian, Latino, Middle Eastern, African American, Native American, European or mixed heritage. Projects by Rainer Ganahl, Jessica Shokrian, Andrea Robbins and Max Becher explore what Jewishness is and to what extent America is â€œhomeâ€ to Jews and other immigrant groups. Works by Jaime Permuth, Yoshua Okon, Tirtza Even and Brian Karl address how individuals with different cultural and ethnic backgrounds experience or envision Jewishness.

Following its New York showing at The Jewish Museum, the exhibition travels to the Skirball Cultural Center in Los Angeles (March 24 through August 27, 2006).

Over 30 of Joan Snyderâ€™s major works are being presented at The Jewish Museum in New York in the most comprehensive museum survey of the artistâ€™s paintings to date. Paintings on view range from the monumental (some as large as six by twelve feet) to modest in scale. Joan Snyder first achieved recognition in the 1970s, with her â€œstrokeâ€ paintings. Eventually, she felt the need to move beyond these grid-based abstractions to create works that were at once more complex and personally resonant. Joan Snyder is a painter who embraces the formal qualities of abstraction while imbuing her work with narrative content that is often deeply personal and politically motivated. In her canvases she combines rich color, dramatic brushwork, and the sensuous application of a wide range of materials and colors such as velvet, silk, papier-mÃ¢chÃ©, straw, and plastic. This mid-career review has been organized by the Danforth Museum of Art in Framingham, Massachusetts, where it will be on view from November 10, 2005 through February 5, 2006.