It Fails Us Now. The group show exploring the notion of capital, taking point of departure along dual lines; on the one hand location, and on the other subjectivity; how capitalism affects our daily lives, our very structure of feelings and perceptions. 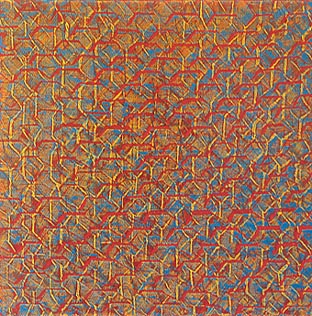 It Fails Us Now

Capital (It Fails Us Now) is a group show exploring the notion of capital, taking point of departure along dual lines; on the one hand location, and on the other subjectivity; how capitalism affects our daily lives, our very structure of feelings and perceptions. Capital understood as an economic tool, as a measure of exchange and surplus, and as something at once regulated and regulating (by both State and market), as well as a producer of subjectivity (the commodification of everything).

The exhibition in Oslo is the first half of a two-fold project, with the second, expanded version taking place at Kunstihoone in Tallinn, Estonia Jan 7 â€“ Feb 14, 2006.

Curated by Simon Sheikh. Produced by NIFCA, Nordic Institute for Contemporary Art, in collaboration with UKS, Oslo, and Kunstihoone in Tallinn, Estonia.

The exhibition focuses on the current moment in history, with its structural changes, and, arguably, crisis, within global capital, and look at the two specific locations as models, as machinery within the production and proliferation of capital. Partly, the Western European model of the welfare state is undergoing a massive structural change, if not deconstruction. This can also be seen in the refined versioning of the welfare state, the Nordic social democratic model of redistribution and equilibrium; a compromise between liberalism and socialism, but also a temporal territorial alliance between capital and labour that is now historical. This also in the case on the margins of the new Europe, with the rapid and massive deregulation of the post communist countries, where the former state capitalism is being transformed into a neoliberal, transnational market system. But how do these formations, or versionings, affect each other? What are the routes between th! em, and are they tending towards merger and secession? What is â€™newâ€™ economies, and what kinds of technologies of the self are they producing, and indeed, enforcing? The project is, then, to discuss these specific model of capital and (cultural) production and how we can visualize the current changes. We therefore propose to look at art production not only as commodity production, but also as a means of visualizing and discussing complex mechanisms of subjectivities. As a a place for imagining models for a post- or anti-commodified subject position. If Michel Foucault could write about the â€™non-fascist lifeâ€™, can we imagine the non-capitalistic subject? And what will this entail in terms of economic and social relations living within capitalism?.

Opening 7 th of October at 7 pm