Committed to the Image

Contemporary Black Photographers. This exhibition, one of the largest ever devoted to the subject, presents the work of ninety-four contemporary black photographers who have used their cameras as tools of social commentary and personal and artistic exploration, bearing witness to the changes in the black experience over the past fifty years. 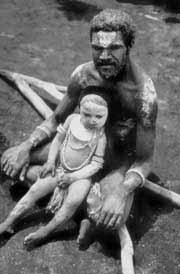 This exhibition, one of the largest ever devoted to the subject, presents the work of ninety-four contemporary black photographers -- including Ernest Wither, Cynthia
Wiggins, Salimah Ali, Kwame Brathwaite, Jeffrey Henson Scales,
Gordon Parks, Carrie Mae Weems, Albert Chong, Fern Logan, Shen
Marc, Budd Williams, and many others --
who have used their cameras as tools of social commentary and personal and artistic exploration, bearing witness to the changes in the black experience over the past fifty years. Their uncompromising, thought-provoking, often highly politicized images cover such themes as the daily lives of African Americans; the struggle of the Civil Rights movement; the history of black musicianship; the impact of African American art, literature, and ideals of beauty on American society at large; and cross-cultural influences throughout the African Diaspora.

The work in the exhibition was selected by Anthony Barboza,
founder of International Black Photographers; Beauford Smith, one
of the founders of the Black Photographers Annual; Orville
Robertson, publisher and editor of the journal FOTOPHILE and a
freelance photographer and cinematographer; and exhibition
organizer Barbara Head Millstein, Curator of Photography at the
Brooklyn Museum of Art.

Committed to the Image Programs

Trumpeter Roy Campbell is a veteran of the downtown jazz scene, with a sound that ranges from joyful and rollicking to quiet and contemplative. Enjoy the ambient sounds of the Roy Campbell Quartet on Sunday, February 25, at 4 p.m. while exploring the works on view in Committed to the Image: Contemporary Black Photographers. And save the date: Barbara Millstein will conduct a Curator Tour of the exhibition on Saturday, February 17, at 3 p.m.

General admission is a suggested contribution

Free to Members and to children 12 and under

NEW YORK CITY, NY -- In reaction to a photograph by Renee Cox, in
the exhibition COMMITTED TO THE IMAGE: CONTEMPORARY BLACK
PHOTOGRAPHERS, (which opened February 16 at the Brooklyn Museum of
Art) Mayor Rudolph Giuliani declared that he would appoint a
commission to set "decency standards" to keep such work out of
museums that receive public money.

New York-based Jamerican photographer Renee Cox creates
photographs which recommodify imagery. Cox -- casting herself as
a super hero, Venus, Jesus, or Mary, sometimes using other black
actors -- addresses issues of race, gender, and Western
patriarchal constructs. In YO MAMA'S LAST SUPPER,
the large scale color photograph to which the Mayor objected, she
is nude and surrounded by black apostles. The work was included
in the 1999 Venice Biennale, where, in a culture with a
Renaissance tradition of integrating contemporary culture and
personalities into art works depicting Christian allegory, it was
shown in a 16th century church.

According to THE NEW YORK TIMES, Mayor Giuliani, who has not seen
the exhibition, called Cox's photograph "disgusting,"
"outrageous," and "anti-Catholic."

In 1999, the City withheld funding from the Brooklyn Museum of Art
(BMA) after Mayor Giuliani vehemently objected to a mixed media
work which incorporated elephant dung and was included in the
exhibition SENSATIONS. However, a U.S. District court ordered the
City to restore all funding withheld -- noting that The museum
"has established irreparable harm and a likelihood of success on
its First Amendment claim."

Like Cox, Chris Ofili, the artist who created the HOLY VIRGIN MARY
to which Giuliani objected in 1999, is a black artist -- as was
the Madonna he created. Ofili has lived has lived for years in
Nigeria, and he was drawing on a culture in which excrement is
often incorporated into religious artwork.

Giuliani is considering filing suit again, according to the Times,
which reports that the Mayor might base his argument on a 1998
Supreme Court ruling which he said endorsed "decency standards"
for the National Endowment for the Arts.

However, although the ruling he referred to, NATIONAL ENDOWMENT
FOR THE ARTS ET AL.V.FINLEY, affirmed Congressional latitude in
setting funding priorities including in National Endowment for
the Arts (NEA) grants to artists, it did not address art work
exhibited in publicly funded places.

The American Civil Liberties Union (ACLU) notes that "while it is
true that the NEA's decency standards were upheld in the Finley
case, the Court's decision contained two important caveats.
First, the Court noted that the decency standards were never
intended to be a litmus test for government funding; instead, they
were merely one consideration among many that the government could
take into account in deciding whether to award a grant.

Second, the Court clearly indicated in the Finley case that the
government could not use the decency standards as an excuse to
withhold funding because it disagreed with the views expressed by
a particular artist or a particular work of art. Whether accurate
or not, describing a work as 'anti-Catholic' is precisely the sort
of ideological judgment that cannot be the basis for funding
decisions under the Finley case."


Arts Wire CURRENT Coverage of the 1999 Giuliani v BMA conflict
is indexed under "Freedom of Expression" in the 1999 YEAR IN
REVIEW issue, available on the index page at
http://www.artswire.org/current/archive2.html