Two exhibitions showcasing the early work of this pioneer of reportage photography, celebrating the centenary of the photographer's birth on 29 May. 100 images taken with his Leica during the first ten years of Almasy's career from 1935. 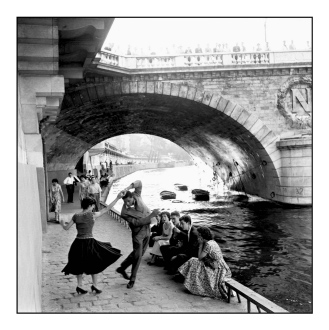 Following the hitherto largest retrospective of the work of Paul Almasy in the Opelvillen Russelsheim, two further exhibitions showcasing the early work of this pioneer of reportage photography, celebrating the centenary of the photographer's birth on 29 May. Exactly 100 images taken with his Leica during the first ten years of Almasy's career from 1935 onwards will be on show at Artothek Wiesbaden and Galerie photonet in a double exhibition, entitled "Paul Almasy - das Fruhwerk" ("Paul Almasy - Early Work").

Alongside photographs of Europe taken on the eve of the Second World War and during the conflict itself, both exhibitions focus on images from Almasy's extended journeys through South America, Africa and the Near East: travelling by car through the Algerian Sahara to French West Africa, from Beirut via the Kurdish oil fields to Baghdad and into Iran. Almasy crossed Africa from west to east, journeying into the jungles of the Congo, through the Arabian world on the Red Sea and to the Horn of Africa. Almasy's work, which displays an exceptional aesthetic confidence for such an "amateur" photographer, continues to grow in importance, not least because Almasy, who had studied political science, was exceptionally receptive to the beginnings of those conflicts which today have turned many of the places he visited into geopolitical no-go areas.

A Hungarian by birth who later settled in France, Paul Almasy (Budapest 29 May 1906 - Jouars-Pontchartrain 22 September 2003) has until now been best known for the sincerity of vision in his photographs from the 1950s, taken with his Rollei camera during official trips for international organisations of the United Nations.

His legendary "World Archive", 120,000 photographs spanning over five decades and covering five continents, is a unique collection of work, now held by akg-images in Berlin (www.akg-images.com).