The central work in the exhibition, the video and sound installation Berlin Files from 2003, shows Janet Cardiff & George Bures Miller's epoch-making work with the relationship between image and sound. Strange atmospheres arise, often by cancelling out the clear difference between fiction and reality. 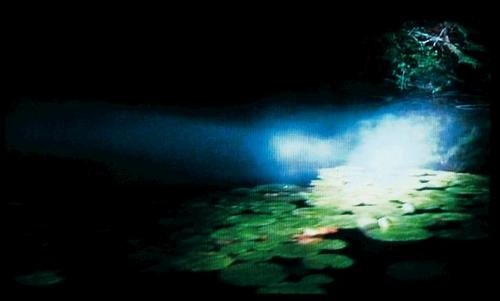 The exhibition Louisiana Contemporary - Janet Cardiff & George Bures Miller is the first overall presentation in Denmark of the Canadian artist couple. But they are not entirely unknown to Louisiana’s guests - for several years the audio work Louisiana Walk, # 14 has been part of the museum’s collection.

It is a work where the public, equipped with headphones, move around in the Louisiana park while a soundtrack guides them on their way and into another world, which resembles - but is not only - the one in which they are actually moving around. Two realities, a staged one and a concrete one, merge with each other and with devices from the world of the crime thriller establish an individual and intensified experience of the here and now.

Janet Cardiff (b. 1957) and George Bures Miller (b. 1960) were among the first contemporary artists to deploy the latest technology deliberately and precisely to create new visual and in particular auditory idioms. Sound is a central element in their works; technically they work with special microphones and recording techniques that underpin the content aspect of the works.

They draw on narrative structures from the universe of the feature film; in particular the suspense of the crime genre - its tension-filled deferral - is used to draw the audience into the story.

Strange atmospheres arise, often by cancelling out the clear difference between fiction and reality. With special devices the works activate our internal archives of scenes from feature films and literary plots, and we recall individual events from archetypal films or rework them so that they flow together with our memories. The artists thus take up a central position in explorations by the visual arts over the past decade of the terrain between fiction and reality.

The central work in the exhibition, the video and sound installation Berlin Files from 2003, shows Cardiff’s and Miller’s epoch-making work with the relationship between image and sound. In Cardiff’s words, “sound influences us constantly, and we rely on it far more than we imagine." The artists’ video and sound installations have aroused much attention, for example at the Venice Biennale in 2001, where the were awarded the Special Jury Prize.