Muntadas. On Translation: Stand By + Doug Fishbone. The Idea Store 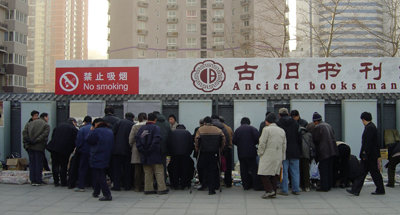 Muntadas. On Translation: Stand By + Doug Fishbone. The Idea Store

Doug Fishbone recycles the language of the mass media in order to critique some of the more unseemly aspects of life in the modern age. Appropriating photographic and digital imagery from the internet, he constructs witty and occasionally shocking film narratives from apparently unrelated material, questioning the way the mind processes controversial visual images and concepts.

Fishbone works in a variety of media including installation, film, and performance. In recent films he has utilised the televisual tool of the voice over, constructing stream of consciousness narratives that blend word and image in unexpected and often uneasy combinations. Fishbone’s films, recalling slide shows or school lectures, focus on such themes as corporate greed and violence, obesity, indifference, and the seeming inability of different cultures to understand each other at all. But despite the apparent seriousness of his subject matter, Fishbone’s work is infused with humour.

Co-opting the strategies of stand up comedians in his performances, he disarms his audience: racist or sexist jokes are told with a deadpan manner so that you laugh, even when you know you shouldn’t.

Downstairs at Gimpel Fils, Fishbone will expanding upon his interest in stand up-comedy, investigating the operation of humour from a number of different perspectives and media: a series of digital prints each depicting a story-board of individual jokes and visual puns; a silent film in which all the humour is delivered through subtitled photographs; and a sound box which delivers jokes at the touch of the button. He is particularly interested in the operation of jokes as commodified pieces of language and thought.

Alongside these, Fishbone will exhibit a short film in which he tries to hustle money from the audience to fund a film project he has in the works, pandering to them with all the glib charm of a two-bit salesman or, possibly, a contemporary politician. Go on, he says, do it for the kids…

Doug Fishbone completed his MFA at Goldsmiths College in 2003, and was awarded the Beck’s Futures Student Prize for Film and Video in 2004. He has installed giant mounds of bananas in numerous public spaces, including Trafalgar Square, as a comment on international trade and consumerism. His work is currently included in British Art Show 6.