For Philip, a group of international artists, curators, designers and writers have been invited to partake in a writing workshop, public talks and will conclude with the publication of a limited edition sci-fi novel. The exhibition consistis of an ongoing programme of shorts by Dara Birnbaum, Juha van Ingen, Tina Keane, George Melies, Jasper Morello, Otolith Group and Semiconductor and screenings of Samuel Beckett's "Film". 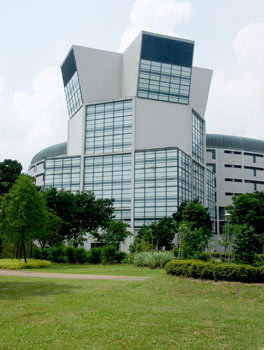 "The disintegration of the social and economic system had been slow, gradual, and profound. It went so deep that people lost faith in natural law itself. Nothing seemed stable or fixed; the universe was a sliding flux (…) all that remained was probable sequence: good odds in a universe of random chance." - Solar Lottery, 1955.

For PHILIP a group of international artists, curators, designers and writers have been invited to partake in a writing workshop, public talks and film screenings which will conclude with the publication of a limited edition sci-fi novel. Technology, ideology, architecture, political construction and the prospects of global ruin are at the heart of sci-fi narratives and at the heart of Philip. The invitees share a fascination for alternative realities, postulating the impossible and creating new worldviews.

The science fiction writing workshop led by Heman Chong (SG) and Leif Magne Tangen (NO) is developed out of their joint online project "Untitled (Excerpts #01)", a collection of 103 submissions of dialogues taken from sci-fi writings expressing an authoritarian gesture available at http://www.philipville.com. The workshop participants - Mark Aerial Waller (UK), Cosmin Costinas (RO), Rosemary Heather (CA/DE), Francis McKee (IR), David Reinfurt (USA) and Steve Rushton (UK/NL) along with Chong and Magne Tangen, will endeavour to collectively write a new novel envisioning the last week of the year 2019 in the life of a character that is desperately fighting for time to save his world.

Public talks by the workshop participants (organized in cooperation with Critical Voices) will consider “being wrong about the present", mushrooms and virtual reality, a science fiction library, Benjamin Franklin and the Network Effect, the emergence of a new society of humans as the results of animal experiments, the recurring dream of the destruction of our cities, and other phenomena.

Cosmin Costinas will make a general travel through the recent and not so recent history of the need for "other time" based fictions in the political culture and will end up in some study cases that will contradict his previous assumptions.
David Reinfurt will present some recent graphic design work with Massachusetts Institute of Technology (MIT) Center for Advanced Visual Studies. Along the way, he will provide a cursory introduction to the MIT Science Fiction Library, share 'A Brief Account of the Library' by Benjamin Franklin and include some ideas about archives, economies of scale and the Network Effect.

Steve Rushton's talk entitled "Behave Yourself: Re-enactment and Early News Footage," will discuss the use of re-enactment in the early news reels, and how the technology of the cinema helps us know not only how to act but also how to feel.

Thursday 9 November in Association with Critical Voices 3 at 4PM

Mark Aerial Waller will show his film 'Reversion of the Beast Folk', a perversion of H.G. Wells novel 'The Island of Dr Moreau', a story of the emergence of a new society of human from the results of animal experiments. Aerial Waller will discuss the film's relationship to the visionary films of Maya Derren and her study of the voudoun ritual, and the transference from cinema screen to the social position of the viewer.

Rosemary Heather takes Stanislaw Lem's novel 'Solaris' (1961) as a stepping off point for her lecture on the unknowable nature of reality. Her interest is in the idea of being "wrong about the present," and how the morass of phenomena and circumstances of contemporary experience provide few clues as to how the future will understand our present reality.

Francis McKee will give a short illustrated lecture entitled "On Mushroom and Machines" investigating mushrooms and virtual reality, along the way looking at various aspects of his own practice.

Philip is a new limited edition novel, produced at the Just-in-Time workshop by Dexter-Sinister, New York and is being launched at the conclusion of the project.

Mai Abu ElDahab is an independent curator. Heman Chong is an artist based in Singapore and Berlin. Leif Magne Tangen is a critic based in Liepzig.