The Captives constructs a compelling imaginary informed by the relationship between war and technology. In this boldly figured mix of painting, sculpture, sound, photography and video, Baker grapples with the costs of progress. He rewires found objects and familiar scenes to produce a flux of emotion and doub. 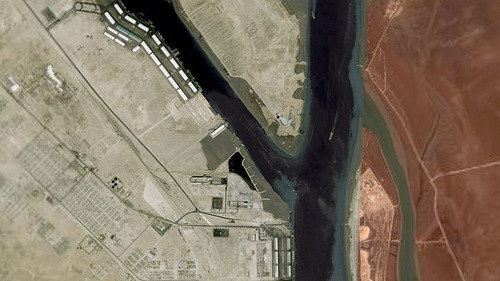 Foxy Production presents The Captives, the inaugural New York solo exhibition of Cincinnati based artist Jimmy Baker. The Captives constructs a compelling imaginary informed by the relationship between war and technology. In this boldly figured mix of painting, sculpture, sound, photography and video, Baker grapples with the costs of progress. Implicating himself and his viewer, he rewires found objects and familiar scenes to produce a flux of emotion, doubt, and thought.

Passaro’s Flashlight, an installation comprising sculptural elements, video and a wall drawing, refers to a reported case of torture by a US contractor of an Afghan detainee. A flashlight, wedged into a simulated sandbank, acts like a pinhole camera; when peered down, it reveals footage of the turbulence in Iraq. The surrounding drawing, reminiscent of Heavy Metal symbolism, has a heraldic bearing that alludes to bloodlines and collective symbols, to violence and power. Baker here combines moral complexity with a visual force that recalls Hans Haacke’s conceptual representations.

Controlled Room is a matrix of flat-screen TV frames containing satellite photographs, gleaned from the Internet, of CIA detainment camps from across the globe. Evoking a war nerve center, the work acts as a document of sites of inhumanity, while also exploring the growing functionality of the Internet as a dynamic archive of human activity. The work places the viewer in conflicting positions: as voyeur, witness, and supervisor.

In Ghost, a chilling audio sculpture, two transparent skeletal arms project from a wall, holding CD players. Each plays a disc with the silk-screened image of an abductee upon it. On one CD, Baker plays a Slayer song on drums, while on the other Eminem rages against war. Both tracks are overlaid with news reports of Slayer and Eminem’s music being used in psychological torture sessions. Ghost deftly employs drama to figure the unspeakable.

In Detonator, Baker places his first cell-phone in a vitrine, as if it were a holy relic. It is hung next to a recycling bin containing phones that appear to have been damaged in an explosion. The work darkly considers recycling and re-purposing, underlining the sinister potential of new technology. It uses a potent visual metaphor to explore the irony of dialogue breakdowns in an era of proliferating communication systems.

The Prophets is a series of miniature portraits of leading Heavy Metal musicians arranged in a pentangle. Succinctly rendered in oil with resin coatings and composed in soft hues with flat backgrounds, Baker’s intense works give 18th century portraiture a glossed-up digital feel. Each painting has an imperfect, dripping rubber frame that counterpoints the noble gaze of its subject. These fierce men, whose music so often speaks of violence and destruction, are given a beatific luster.