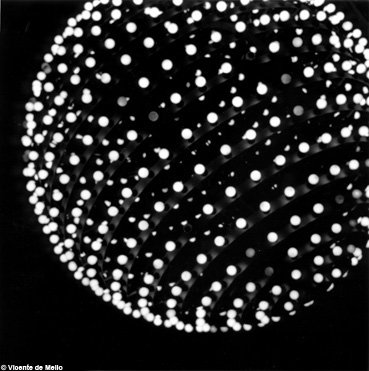 The illustrated weekly magazine VU spearheaded the media revolution in the 1920s, in which the press believed it was possible to produce an objective view of the world via the extensive use of photos. The exhibition includes the work of freelance photographers such as Kertész, Man Ray, Krull, Lotar and Brassaï and reflects the defining characteristics of the magazine: intensive use of agency photographs, boldness of page layout and photomontage, the invention of photo-journalism and the use of photogravure to produce quality printings. "Regarder Vu" showcases a large number of pictures and gives visitors an insight into the creation of a major illustrated medium.

Martial Cherrier is not a photographer, a painter or a videomaker; he is the sculptor of his own body and was French bodybuilding champion in 1997. "Fly or Die" is a new series of self-portraits in which the butterfly becomes a metaphor for the bodybuilder, spreading its huge, colourful wings seductively and with fragile grace. Martial Cherrier's career is that of an unclassifiable artist whose violent message is that the body is not a natural given but a social construction, a 'factory'.

The work of Vicente de Mello is part of a long-established tradition in which photographers have explored the potential of the photographic medium. He does not attempt to represent reality but to interpret and transform it, creating a repertory of new forms. The way he isolates and decontextualizes the photographic object leads to a visual stylistic idiom that photography alone is able to generate. These images point to another form of reality, taking our mind into a fertile dreamscape. Calling on our psyche and our imagination, Vicente de Mello gives us the keys to a new manner of interpreting the world. It's then up to us to let our gaze wander, establishing our own set of interlinking references and watching the figures of Absence emerge.

In 1983 Michel and Michèle Auer began working on their "International Encyclopedia of Photographers", published in two volumes in 1985. An augmented and updated edition was published on CD-Rom in 1997. As he worked on this huge project, Michel Auer (known as "Micha") noted that many photographers did not have recent portraits of themselves. He decided to photograph them, beginning a long series specially designed for the Encyclopedia. The portraits were taken in close-up using a Leica M with a 50 mm lens, often at the interview table itself. This exhibition offers a selection of portraits of major photographers.