A large-scale retrospective of David Goldblatt: his work is focused on South Africa, while giving us occasion to reflect on the balance of power all over the world. "Towards a New Ease - Set 4 from the Collection of the Fotomuseum Winterthur" wants gently to ring in a new everyday life and introduces a series of female artists. 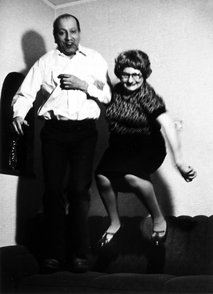 With a large-scale retrospective exhibition, the Fotomuseum Winterthur pays tribute to the photographic work of David Goldblatt, winner of the "Hasselblad Award 2006", the most important international photography prize. David Goldblatt was born in Randfontein in South Africa in 1930. An exemplary documentary photographer, he has spent over fifty years exploring the violent, conflict-torn history of his country South Africa, constantly focusing on the political and sociological development of South African society, the social disunity and the turbulent political events during apartheid. In his own individual way, David Goldblatt searches the surface appearances for "eloquent" indications that, as a visual collection of evidence, promote an understanding of the essence and structure of South African society. The mixture of concrete work on visual eloquence through direct, respectful encounters with the structural analysis of the society, and the interweaving of images and texts to form a complex visual anthropology revitalises documentary photography and lends David Goldblatt's work an inimitable strength. His work is focused on South Africa, while giving us occasion to reflect on the balance of power all over the world. The exhibition will be accompanied by a book.

Towards a New Ease

Set 4 from the Collection of the Fotomuseum Winterthur

For several decades, women were virtually compelled to occupy themselves primarily with themes relating to their own situation in art and the world, and thus to create a (feminist) expression in contemporary art. This was the only way, through intensive self-reflection and power analysis, that they stood a chance of being noticed. This is why the women's art of the past 30 to 40 years is so intensively bound up with the concepts of identity and gender. Representative of this were artists such as Valie Export, Cindy Sherman and Rosmarie Trockel. The exhibition "Towards a New Ease – Set 4 from the Collection of the Fotomuseum Winterthur" wants gently to ring in a new everyday life. It introduces a series of women in a joint exhibition, thus creating once again a communal rhetoric framework. At the same time, the exhibited works do not revolve solely around the themes mentioned but demonstrate new, different ways that are now embarked upon by women in a natural way. With work by Suky Best, Bernhard and Maria Blume, Tacita Dean, Antje Dorn, Andrea Gohl, Nan Goldin, Annika von Hausswolff, Nanna Hänninen, Roni Horn, Valérie Jouve, Annette Kisling, Phoebe Maas, Leonore Mau, Annette Messager, Marianne Müller, Elisabeth Neudörfl, Ulrike Ottinger, Martha Rosler, Yoshiko Seino, Ann-Sofie Sidén and Pernilla Zetterman. The exhibition will be accompanied by the "Set 4" collection publication.